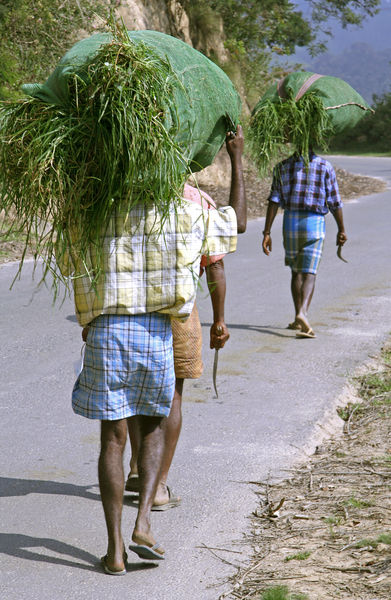 The liberalization policies of the Indian government, begun in 1991, assisted in opening up the economy to domestic and international competition. Autarkic policies of the past decades had limited foreign investment and prioritized the growth of domestic industry through import substitution and public ownership of much of the means of production. Emphasis on self-reliance had eventually led to an economic crisis, which did not help to improve working conditions for the majority of the Indian labor force. During this period, many skilled and unskilled workers among the population had opted for better employment opportunities in other countries.

Despite the benefits of economic liberalization, it has not quickly solved the problem of unemployment and other social and economic ills. Short-and long-term job losses as a result of competition, for example, have been common, especially among the unprofitable firms. One of the main areas of employment for many of the poor has been the cotton textile industry with its traditional concentration of mills in the cities of Bombay, Ahmedabad, and Coimbatore. Along with mills that use the most advanced technology to process raw cotton and form cotton fiber, there also have existed a large number of small-scale workshops and households that use traditional handlooms (the type used by Mahatma Ghandi) and rely on manual labor for the processing of cotton. India's market liberalization led to the foreclosure of much of the traditional handloom cotton industry and resulted in nearly 2.3 million workers losing their jobs. Many of these workers have remained unemployed. Managers of the modern mills attribute this to the older age of hand-loom workers and their inflexibility or inability to adjust to the mechanized cotton mills.

As opposed to neighboring China, trade unions in India play a very prominent role in the business community. Every industry has a trade union that advocates the rights and employment opportunities of its members. Trade unions strive to obtain the best deal for their members in terms of wages, working conditions, acceptable remuneration, and welfare packages. As much as 92 percent of the labor force in India is unionized. Some of the laborers of the cotton industry have gained employment in the textile industry, which with its labor force of 39 million is among the largest unionized industries.

Women constitute an important segment of the Indian labor force whose working conditions have not made significant progress. Despite some noticeable advances for a small percentage of women, women as a whole have been relegated largely to agricultural and menial pursuits that pay the lowest wages. In some ways, as the overall economy has grown, the situation of working women in India has even deteriorated. In 1911, for example, three-quarters of the working women of India were agricultural workers; in 1991, the proportion was over 80 percent. Nearly 70 percent of the population as a whole derives its livelihood from land resources, and women contribute an estimated 55 to 66 percent of the total farm labor force.

I LIKED IT. THIS TEXT HELPED ME IN PREPARING MY HISTORY ASSIGNMENT.
Thanks...
2
Shrinath

thanks for the information.helped me in my Economics project
3
Brendon Ghaller

Oh wow thanks this is amazing i feel like you are a god with all this knowledge because i am from Australia and it is awesome CRIKEY. sorry a bit of a stereotype there