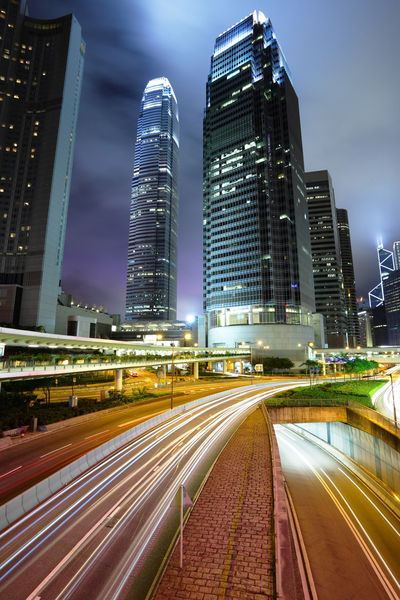 During the first Opium War (1839-43), the British government colonized Hong Kong in 1841. Over time it established a free-enterprise economy in the colony and turned it into a trading center in Asia. Hong Kong has retained these characteristics since its hand-over to China in 1997, as stipulated in the 1984 Sino-British Joint Declaration on the transfer of Hong Kong's sovereignty to China. Accordingly, the Chinese government guaranteed that it would preserve Hong Kong's capitalist economy and its political and social systems for at least 50 years. This commitment was justified under the Chinese formula of "one country, two systems," which allowed for the coexistence of a capitalist Hong Kong with the socialist mainland China as 2 parts of 1 single country. The Chinese government also guaranteed that it would not intervene in the internal affairs of Hong Kong, and would let its government function independently in all its internal affairs, including economic policies. The Chinese central government in Beijing is in charge only of Hong Kong's foreign and defense issues. China's official acceptance of Hong Kong's mini constitution, the Basic Law of the Hong Kong Special Administrative Region, consolidated this arrangement when China's National People's Congress passed it in 1990. The latter guarantees free trade, free enterprise, and low taxes for at least 50 years.

Much of the anxiety of the pre-1997 period has proven to be baseless. China has kept its promise and Hong Kong continues to be a bastion of free enterprise. The territory has retained all its colonial financial and monetary policies and laws, including those regarding its currency, the free flow of capital into and out of its territory, and taxation. It uses its own currency, the Hong Kong dollar, and keeps its revenues for its own needs. Its government does not pay any tax to the Chinese central government. The hand-over has not changed Hong Kong's economy, but the post-1997 period has had at least 2 major impacts on it. First, this period has consolidated a change in the economy that began in the early 1980s. This was the transfer of large, sophisticated, and labor-intensive industries from Hong Kong to mainland China where there is no scarcity of land and raw material and where labor is significantly cheaper. As a result, existing manufacturing in Hong Kong mainly focuses on the necessary activities for the re-export of goods produced by Hong Kong enterprises in China. Being the largest economic sector even prior to 1997, Hong Kong's service sector has since grown significantly in the fields of trade and transportation. This was done to meet the increasing demand for re-exporting and to absorb the loss of jobs in the manufacturing sector. Second, there has been a growing interest in 2 new industries: high-tech and information technology (IT). This is a positive move towards the broadening of the service-dominated economy of Hong Kong. IT activities have also created new types of employment opportunities, most of which cannot be filled immediately due to a lack of skilled workers. Consequently, there were 18,400 vacant IT positions in 2000. The root cause of this problem is that those who have lost their jobs in other sectors (e.g. manufacturing) are either unskilled or have skills that are not in demand. The Hong Kong government has addressed this issue by increasing its spending on retraining programs by 5.4 percent in 1997-98, 11.8 percent in 1999-2000, and 42.8 percent in 2000-01.

Like many other Asian economies, the Hong Kong economy suffered from the financial crisis of the late 1990s. However, unlike most of them, it was able to cope with the crisis with tolerable losses and begin recovery in 1999. Its large service sector has been given credit for the economy's ability to recover. This sector has been the reason for a constant balance-of-payment surplus since 1997. In that year, Hong Kong had a balance-of-payment deficit of US$6.159 billion (equal to 3.6 percent of its GDP). However, it enjoyed 2 consecutive balance-of-payment surplus years of US$2.902 billion (equal to 1.8 percent of its GDP) and US$9.285 billion (equal to 5.8 percent of GDP) in 1998 and 1999, respectively. Figures for 2000 are not yet available, but there are indications of a surplus for that year as well. Unlike other Asian countries fallen victim to the 1997-98 financial crisis, Hong Kong's external debt has remained small in comparison to its available finances. For example, its total foreign debt was US$48.7 billion in 1998, US$53.5 billion in 1999, and US$56.5 billion in 2000 while its foreign exchange reserves were US$89.601 billion, US$92.236 billion, and US$97.218 billion, respectively. The crisis slowed down the economy temporarily, as reflected in a large drop in its GDP growth rate from 5 percent in 1997 to-5.1 percent in 1998. However, it did not lead to widespread closures of industries and companies or massive unemployment as experienced in Indonesia and Malaysia, for instance. The economy began to recover in 1999 and 2000 when the GDP growth rates jumped to 3 percent and 9.7 percent, respectively. Additionally, its unemployment rate reached the record high of 6.2 percent in 1999, only to drop to about 5 percent in 2000 despite the continued relocation of the manufacturing jobs to mainland China.

Geography and size impose certain limits on the economic activities that Hong Kong can undertake, but they also open opportunities for its economic growth. Maintaining extensive ties with China has been an imperative for the survival of this small territory, which has no mineral and water resources and lacks an adequate agriculture sector to meet its essential private and commercial needs. Being connected to China via land, Hong Kong has depended on its only neighbor for raw materials, food, and water. Its small size and acute scarcity of land also lead Hong Kong to look to China for the establishment of large and labor-intensive manufacturing establishments. This has been a blessing in disguise as China's low wages significantly reduce the cost of production of its exports and make them more competitive in international markets. Reliance on China has also helped Hong Kong penetrate the huge and growing Chinese market, the largest in the world and to which many developed economies are trying so hard to gain access. Not only are Hong Kong businesses interested in China, but the Chinese government also encourages extensive ties with Hong Kong, its reunified territory. Expanding economic ties with China also helps Hong Kong tolerate losses in its economic transactions elsewhere.

The service sector dominates Hong Kong's economy. This is the result of the territory's limited opportunities for agricultural and industrial activities on the one hand, and the interest of the British colonizers to develop it as a trading center on the other. Being the engine of economic growth, the service sector is the largest employer and the largest contributor to Hong Kong's GDP (84.7 percent in 1998). The major services are trade, financial services (e.g., banking and insurance), tourism, retail , and real estate. Trade has been the heart of Hong Kong's economy. The service sector has been growing steadily over the last few decades under British and Chinese rule alike.

Agriculture is negligible as a source of employment or revenue and makes only a miniscule contribution to GDP (0.1 percent in 1998). The scarcity of arable land leaves very limited opportunity for agricultural activities. Hong Kong is heavily dependent on agricultural imports.

Industry is a significant sector, but is mainly geared to the re-export of goods produced in China. This sector is small, accounting for 15.2 percent of GDP in 1998. Thanks to a lack of minerals, there is no mining industry of any significance. There is a small utility (water, gas, and electricity) industry, a relatively significant construction industry, and a more important export-oriented manufacturing sector. As a small territory with limited land and a very large population, Hong Kong cannot support heavy industries, which are land-intensive by nature. Nor can it have large labor-intensive industries. Besides low wages and an abundance of resources in China, space has been the main reason for the relocation of Hong Kong's large and labor-intensive industries to that country. The remaining industries of Hong Kong are small-scale establishments, which employ small numbers of workers. Garment production has been the leading component of the manufacturing sector for decades, but Hong Kong has other marketable products—mainly light and consumer goods such as footwear, toys, and plastics. Manufacturing lacks a significant high-tech segment, but has a viable electronics branch in need of development.