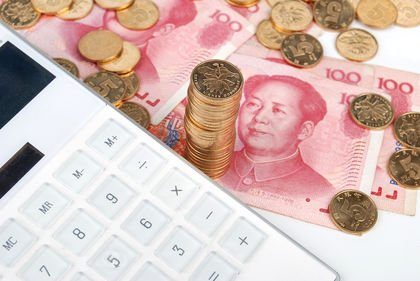 China's form of government is a communist state known as a People's Republic. The Chinese Communist Party (CCP) is the leading political party in China. Unlike parties in Western democracies, CCP is a tightly organized political force that controls and leads society at all levels. The party sets policy and controls its execution through government officials who are required to be CCP members. It is organized as a hierarchy, with power concentrated at the top. Above the local units, or cells, is a pyramid-like structure of party congresses and committees at various levels, culminating in the National Party Congress.

Generally, CCP's national congress is supposed to meet every 5 years, though this has not always been the case. When it is not in session, direction of the party is in the hands of a Central Committee of about 200 members, which is symbolically elected by the congress according to the name list distributed by the congress board. The symbolically elected Central Committee, in turn, elects the Political Bureau. It is within the Political Bureau and its elite Standing Committee that power is concentrated, which make the state's highest-level decisions. There is also a secretariat, which carries on the day-today business of the party.

Theoretically, party membership is open to anyone over 18 years of age who accepts the party program and is willing to work actively in one of its organizations. In reality, only those who are deemed to be fellows of local CCP branch leaders will have the chance to be recruited into the party. Members are expected to abide by the party's discipline and to serve as model citizens. The backbone of the party consists of full-time paid workers known as cadres (Chinese, ganbu ). The term cadre is also used for public officials holding responsible positions, who may or may not be members of the party.

The People's Republic was first governed according to the "Common Program" and organic laws adopted in 1949. Since 1954, 4 constitutions followed, each reflecting shifts in policy and the balance of power among factions of the top leadership. The government structure forms a pyramid, ranging from local units such as residents' (urban) and villagers' committees through counties, prefectures, and then to the 22 provinces, 5 autonomous regions, and 4 special status municipalities (Beijing, Shanghai, Tianjin, and Chongqing), each with its own people's congress and administrative organs, and 2 special administration regions (Hong Kong, Macau). At the top of the government structure is the national government in Beijing.

The National People's Congress is the legislature of China and serves annual sessions with 5-year terms. The Standing Committee of the Congress exercises its functions between sessions. The highest administrative organ is the State Council (similar to the United States Cabinet), headed by the premier. The court system parallels the administrative system. However, the Chinese have traditionally tended to resolve conflicts through social rather than legal or judicial mediation, and the rule of law as it is known in Western countries is currently not well-known. The number of lawyers is very small compared with many Western countries, and legal methods are not familiar to most Chinese.

Tax policies are administered by the Ministry of Finance (MOF) and the State Administration of Taxation (SAT). The SAT is the central tax authority at ministerial level. Tax policy is the exclusive domain of the central government although the local government may input some efforts in taxation. With the adoption of a new tax system in 1994, the country adopted a tax revenue-sharing system. This means that some taxes, mostly direct taxes , are assigned to local government, while other taxes, such as value-added tax (VAT), are shared between the central government (75 percent) and local government (25 percent). Shared taxes are levied on the same tax base and then allocated between different levels of governments at pre-determined ratios.

The ratio of the total tax revenue to GDP has declined over the 1990s, although the total tax revenue has increased substantially. The main reason for the decline is the rapid growth of the service sector, whose tax burden is lower than that of manufacturing, and an increase in foreign investment, mostly in special zones where very generous tax incentives have been granted. The 1994 tax reform emphasized taxation on consumption, and currently efforts are being made to fine tune these indirect taxes , particularly the administration and collection of VAT. The abuse of invoices is a serious, continuing tax fraud problem. The main tax types for business, citizens, foreign enterprises, and foreigners in China are value-added tax (VAT); consumption tax; business tax; foreign enterprises income tax ; individual income tax; customs duties ; urban estate tax ; vehicle and vessel usage and license plate tax; land appreciation tax; stamp duties; resources tax; and deed tax.

cool article i love it it really helps me with my book report. others should use this page
3
fred miller

I am in 11th grade and this was very helpful for my writing assignment others should use this alot.
4
Bhavika

I am a student of class 8 and this article has helped me alot...Thanks a lot..
5
Justin Sider

I am in 9th grade and this helped on my research project. I was just wondering how the leaders get elected into their positions? is it by the the people like in USA. or is it different?
6
America

Maybe I'll be Tracer
I'm already Tracer
What about Widowmaker?
I'm already Widowmaker
I'll be Bastion
Nerf Bastion
You're right. So, Winston
I wanna be Winston
I guess I'll be Genji
I'm already Genji
Then I'll be McCree
I already chose McCree
8
superherb

i think you should put more information on here that I can copy for my college class.

I really need help to confirm something. I have a Chinese girlfriend that tells me that her parents work in the government of China and that it has something to do with schools. Can anybody please explain to me what is this all about? I am really in the dark about this! How does teaching in China have anything to do with Government work?