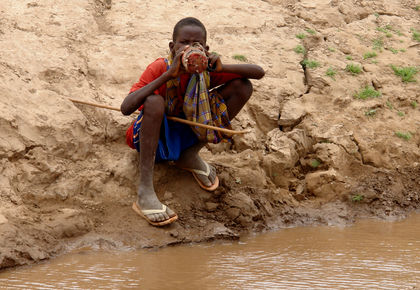 Although Bahrain is generally a wealthy country, there is a considerable gap between the rich and the poor. Wealthy families shop for the latest fashions in spacious new malls, young Saudi Arabians cruise the broad highways and enjoy the relaxed atmosphere of the island state, and foreign employees of the national oil company take advantage of huge leisure centers built for their exclusive use. The poor live only a short drive away from the cities, in many villages all over the island. Shiites, who make up 75 percent of the Muslim population, are often excluded from government jobs and form the poorest segment of Bahraini society. The ruling al-Khalifa family is Sunni Muslim and has "imported" many Sunnis from other Arab countries, and it is they who form the backbone of the widely resented security forces.

Most members of the ruling political elite are Sunni Muslims, and Bahrain's wealth is heavily concentrated

among them, while there are only a few wealthy Shiites in the country. Many Shiites have charged that there has been a systematic process of discrimination against them. Their dissatisfaction with the political and economic situation came to the fore in demonstrations and protests that turned violent in 1994 and 1995, triggering the first change of cabinet for more than 20 years in 1995.

For decades, the country has seen an influx of foreign workers who can earn good salaries in the oil industry or as domestic servants and in other jobs locals do not want to do, further exacerbating the plight of the Shi'a community. Immigration to Bahrain began in the early years of the oil boom and resulted in the employment of foreigners rather than Bahraini Shiites, who are often less educated and treated with suspicion by the ruling Sunni minority.