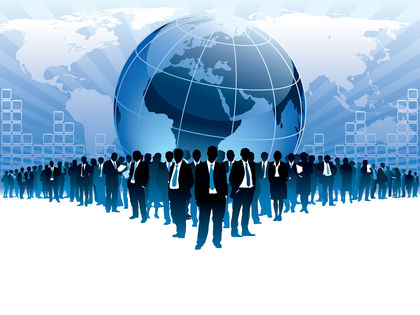 The population of Australia was 19,169,083 as of July 2000, with a population density of about 2.4 people per square kilometer (6.19 people per square mile). Most of the population is concentrated along the southeast coast of the country, in an arc running from the city of Brisbane to the city of Adelaide. This arc is sometimes called the "boomerang coast" because of its shape. All of Australia's large cities (those with more than 1 million people)—Sydney, Melbourne, Brisbane, Perth, and Adelaide—are on the coast. The population living inland (more than 200 kilometers, or 124 miles, from the coast) is rather small, and a large part of this region, called the Outback, is extremely sparsely populated. Australia's population is mostly urbanized, with about 88 percent of its people living in an urban area. Sydney alone has over 20 percent of the country's people.

Australia's population has become increasingly multicultural. In 2000, 21.8 percent of Australia's people were born overseas. Australia is still a land of immigrants and each year attracts new residents from all over the world. Fewer than 3 percent of the population is identified as Aboriginal or Torres Strait Islander (the latter being a Melanesian group native to northern Queensland). The country's population has doubled since World War II. With the exception of rapid growth shortly after the war, Australia's population growth has been steady at around 1 to 1.5 percent annually. The population in 1985 was 15.75 million, and in 1990 it was 17.06 million. The country's population is expected to reach 21 million by 2010. The Australian government has not found the need to create explicit population controls, given this slow rate of increase. Australia has a slowly aging population, with 21 percent between the ages of 0-14, 67 percent between 15-64, and 12 percent over the age of 65.

i got the information i wanted,good facts about the population