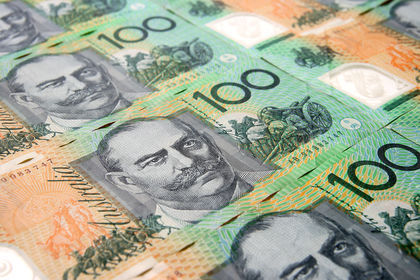 Historically, Australia's largest trading partners were Great Britain and the rest of Europe. This historical trading relationship reflected Australia's colonization by Great Britain and the British need for new markets for manufactured goods as well as sources of raw materials. The cultural affiliation between Australia and its "mother country" also contributed to this historic trading pattern. Since the 1970s, however, Australia's international trade has shifted towards Asia and Pacific countries. When Great Britain joined what is now known as the European Union in the 1970s, Australia lost many trading advantages with that country and sought new markets closer to home. Japan, Singapore, other Southeast Asian countries, and the United States have all become important Australian trading partners. The composition of Australia's exports has largely remained the same, but new markets (including more recently South America and the Middle East) have been sought. The marked failure of some key Southeast Asian economies, particularly Indonesia, Thailand, and Hong Kong in the late 1990s, has had only a limited effect on the Australian economy. As of 2001, political events outside Australia, such as disturbances in the neighboring countries of Indonesia and Fiji, have had almost no impact on Australia's trade.

Australia's principal exports are meat, wheat, cotton, machinery and transport equipment, coal, iron ore, aluminum, gold, and other minerals. The largest destination for exports is Japan, which purchased almost US$9 billion worth of Australian products in 1999. The United States was the second-largest purchaser, at about US$4 billion, followed by South Korea, New Zealand, Taiwan, Hong Kong, China, Singapore, Great Britain, Indonesia, Malaysia, and Italy. Eight of the top twelve importers of Australian products are in Asia.

Australia's main imports are machinery and transportation equipment (mostly motor vehicles), computers and office machines, telecommunications equipment, oil and petroleum products, medical and pharmaceutical products, aircraft and related equipment, and clothing. Australia's largest source of imports is the United States. Australia imported nearly US$10 billion worth of goods from the United States in 1999. Other leading sources of imports to Australia are Japan, Great Britain, China, Germany, South Korea, New Zealand, Indonesia, Taiwan, Singapore, Italy, and Malaysia. With the exceptions of Hong Kong and Germany, Australia's top twelve trading partners are the same for both exports and imports.

The recent (2000) sharp drop in the value of the Australian dollar, especially against the U.S. dollar, could have an impact on Australia's current trade deficit . A devalued currency means that Australia's exports become relatively cheaper, while imports become more expensive. Thus, a weak Australian dollar may give the country a competitive edge over Canada, the United States, and other countries in selling raw materials to Japan, to take one example. However, the flip side is that imported products become more expensive, as Australians require more dollars to purchase the same product. For example, a product selling for US$100 would be the equivalent of A$153 in 1999, assuming all other factors to be equal. But with the drop in the value of the Australian dollar, the same US$100 product would be the equivalent of A$192 in 2001. Therefore, many Australian consumers might find imported products too expensive and stop buying them. If this situation continues, Australia's exports could increase and its imports decrease, leading to a decline in the amount of the trade deficit.

I really appreciate your post and you explain each and every point very well.Thanks for sharing this information.And I'll love to read your next post too.