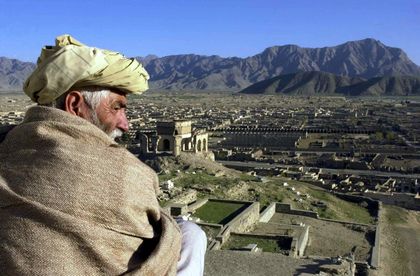 Afghanistan is located in southern Asia and shares a border with 6 countries: China, Iran, Pakistan, Tajikistan, Turkmenistan, and Uzbekistan. Landlocked, with an area of 652,000 square kilometers (251,737 square miles), Afghanistan is a mountainous country dominated by the Hindu Kush and the Himalayan mountain ranges to the north and arid desert to the south. Afghanistan endures the most extreme temperatures on earth. Comparatively, the area occupied by Afghanistan is slightly smaller than the state of Texas. The capital city, Kabul, is located in the northeastern part of the country.

The 1976 census estimated the Afghan population at 16.6 million, but 4 years later, similar research put the population at 15.5 million. In 1999, a United Nations (UN) sponsored census, carried out by the Taliban (originally, a group of Afghans trained in religious schools in Pakistan) put the population at 23 million, indicating an annual population growth of 2.8 percent. Finally, the CIA World Factbook estimates the population in July 2000 at 25,838,797. Doubts about the true figures stem from the war that began as a result of the invasion of the country by the Soviet Union in 1979. Not only did this war result in the loss of approximately 1 million lives but an estimated 5 million Afghans went into exile abroad, to countries such as Pakistan and Iran, thus creating the world's largest refugee population. Mass migration from the rural areas to the urban centers occurred and the population of the capital city of Kabul more than doubled after 1979. Over one-third of Afghan families have migrated to Kabul since 1995 and the share of the urban population increased from 10 percent in the 1970s to over 30 percent in 1995. The return of the Afghan refugees began in April 1992, following the victory of the mujahideen (anti-Soviet freedom fighters; from the Persian word for "warrior"), and by the middle of 1996 over half of the refugees had been repatriated . However, when the United States began military strikes against Afghanistan for harboring terrorist Osama bin Laden in 2001, another wave of refugees fled the country.

The principal linguistic and ethnic group in Afghanistan are the Pashtun. These people represent just over half of the population and live mostly in the south or in the east. Persian-speaking Tajiks, who live in the eastern valleys, make up 20 percent of the population; another 10 percent of the population is of Turkmen and Uzbek origin, and they live on the northern plains. There are an additional 20 other different ethnic groups of which the Baluch, the Hazaras, and the Nuristanis are the most well known, and these groups speak over 30 different languages. The vast majority—84 percent—of Aghanis follow the Sunni Muslim faith, while a significant minority—15 percent—are Shi'a Muslims.

Following the collapse of the communist regime in 1992, a civil war has been fought largely along ethnic lines between the Pashtuns, the Tajiks, the Uzbeks, and the Hazaras.

Afghanistan's proven and probable natural gas reserves are estimated to be around 150 billion cubic feet. Afghan gas production reached 275 million cubic feet per day (mcf/d) in the mid-1970s. However, due to declining reserves from producing fields, output gradually fell to about 220 mcf/d by 1980. At that time, the largest field, Djarquduq, was tapped and was expected to boost Afghan gas output to 385 mcf/d by the early 1980s. However, sabotage of infrastructure by the anti-Soviet mujahideen fighters limited the country's total production to 290 mcf/d. During the 1980s, the sale of gas accounted for up to 50 percent of export revenues. After the Soviet pull-out and subsequent Afghan civil war, roughly 31 producing wells were closed, pending the restart of gas sales to the former Soviet Union. In 1998, Afghan gas production was only around 22 mcf/d, all of which was used domestically. In February 1998, the Taliban announced plans to revive the Afghan National Oil Company, which was abolished by the Soviet Union after it invaded Afghanistan in 1979. The company is expected to play an important role in the resumption of both gas and oil exploration in Afghanistan.

Soviet estimates from the late 1970s placed Afghanistan's proven and probable oil reserves at 100 million barrels. Despite plans to start commercial oil production in Afghanistan, all oil exploration and development work, as well as plans to build a 10,000 barrel per day (bbl/d) refinery, were halted after the 1979 Soviet invasion. In September 1999, Afghanistan signed a deal with Consolidated Construction Company of Greece to explore for oil and gas in the area of Herat in southwestern Afghanistan near the Iranian border. This area is believed to be potentially rich in hydrocarbons (any of a variety of organic compounds—including oil and coal— that can be harnessed to produce energy). In the meantime, Afghanistan reportedly receives some of its oil imports from Saudi Arabia as foreign aid. There have also been reports that Pakistan has offered to assist Afghanistan in constructing an oil refinery, as well as in repairing damaged roads in order to facilitate transport of oil products from Turkmenistan to Afghanistan and Pakistan.

Besides gas and oil, Afghanistan is also estimated to have significant coal reserves (probable reserves of 400 million tons), most of which are located in the northern part of the country. Although Afghanistan produced over 100,000 tons of coal annually as late as the early 1990s, the country was producing only around 4,000 tons as of 1998.

Almost all manufacturing businesses have shut down or are producing at well below capacity because of the damage caused during the war and the lack of raw materials available in the country. Before this sector collapsed, it was mainly processing local agricultural raw materials. However, the country's cotton mills, woolen textiles, and cement plants were still not producing at full capacity. In 2000, the Taliban announced the startup of 26 production and servicing projects that would create 1,500 jobs, including the production of alcohol-free beverages, printing, syringe-making, and chemical products.

Like the other sectors of the economy, the services sector has been devastated by years of war. There are no reliable figures for retail trade in Afghanistan, and the current economy cannot support anything approaching a vigorous retail trade sector. There is no tourism sector in Afghanistan because the country remains unstable, extremely volatile, and dangerous for foreigners.

In 1932, Afghanistan's banking system was founded by Abdul Majid Zabuli, who developed the economy and imported the necessary goods to start up plants and factories. His bank eventually developed into the Afghan National Bank, which has served roles as both the country's central and commercial bank. Until the beginning of the 1990s, the Afghan National bank had 7 branches in Kabul and 10 other branches in other major cities. It also had offices in Hamburg, Paris, London, and New York. However, like all institutions in 2001, the banking system has been severely affected by the war, and it virtually collapsed when the mujahideen seized power in 1992. The other important banks in Afghanistan are the Construction Bank, the Industrial Credit Fund, the Industrial Development Bank, the Agriculture Bank, and the Export Promotion Bank. The sanctions imposed on Afghanistan in 1999 forced the smaller banks to close, and by 2001, the resources of the remaining banks were very limited, allowing them to engage only in trade-related work.

Those who provide financial services to the average Afghan are not the banks, but money changers who operate in the streets. This situation has meant that opium has become vitally important for Afghanistan's poor, who otherwise would not be able to afford basic foodstuffs. These moneylenders give out informal loans in exchange for a fixed amount of crop. Clearly, opium production or its being banned affects income levels for the poor. These effects remain difficult to determine.

Afghanistan has no territories or colonies.

Office of the UN Coordinator for Afghanistan. "The State of the Afghan Economy." Afghanistan Online. <http://www.afghan-web.com/economy/econstate.html> . Accessed December 2000.

Capital goods, food and petroleum products, and most consumer goods.

This article makes life so much easier for me. I am doing research for my school paper and from reading this I am more able to break down this whole economy thing for Afghanistan into parts and discuss it. The information on this article summarizes everything from what I had collected from like six different articles. And the facts say a lot, it's very clear.
2
ahmad

Hope you are doing well. Thanks for the information about Afghanistan. I was just wondering about the date this data was revealed. I am using some of the information for my research and the date should be included in the sources. Thanks much, Fatima
4
Alexandra

Well, this was extremely helpful in my research assignment for geography. Seeing as I'm in a french school, I was looking up the french research until I came upon this and now I understand WAAY better.