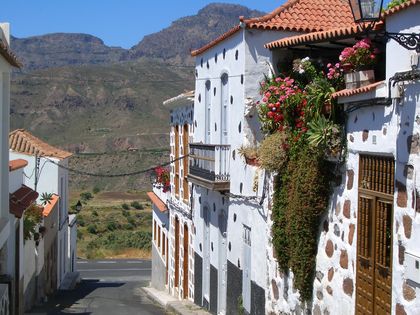 The island of St. Lucia is situated between the Atlantic Ocean and the Caribbean Sea, north of Trinidad and Tobago. Part of the Windward Island chain, it lies between the French overseas departments of Martinique and St. Vincent. Its total area is 620 square kilometers (239 square miles), approximately 3.5 times the size of Washington, D.C. Its coastline measures 158 kilometers (98 miles), and its capital and main town, Castries, lies in a sheltered bay on the island's northwest coast.

St. Lucia's population was estimated at 156,260 in mid-2000, an increase of 1.21 percent on the previous year. The island's population grew at an average annual rate of 1.5 percent between 1995 and 1998, and if current growth rates are sustained, its population will stand at approximately 180,000 in 2010. St. Lucia's population has grown steadily during the 1990s despite a high level of emigration (people moving away from the country), estimated at 4.67 per 1,000 people. This, however, is a lower rate of emigration than that experienced by the neighboring islands of Dominica and St. Vincent.

Approximately half of the population lives in or near the capital, Castries (57,401 in 1996), according to the Saint Lucia Statistics Department. The other important centers of population are Vieux Fort in the south (14,512 people) and Soufriére on the southwest coast (8,478 people). Otherwise, the population is scattered in small towns and villages, mostly near the flatter coastal regions. More than 90 percent of the population is of African descent, a legacy of the island's past as a plantation economy. African slaves were brought to St. Lucia by Europeans (mostly the French) to work on the plantations. English is the official language, but there are strong French influences because the island was colonized by France for much of the 17th and 18th centuries. Many St. Lucians speak a French Creole. Catholicism is the main religion.

St. Lucia has no territories or colonies.

i love this article and am st lucian am did not know this much about the island it really educate me alot ,thank u for the person who wrote the article
2
Andres

this article helped me in my class work i love thanks to people who placed this here.
3
camie

Am so thankful that there is a place where I can go refresh myself about my country.thanks so much for putting this info together .am grateful