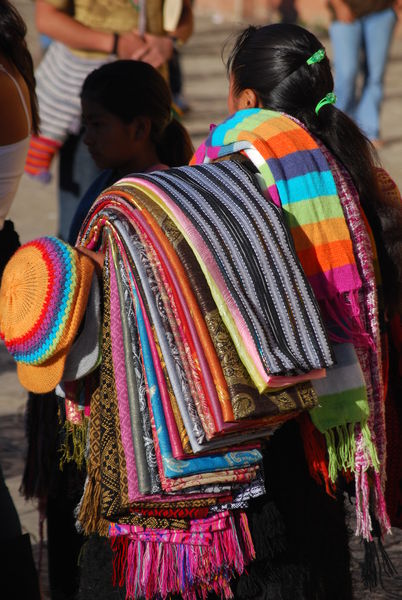 Social stratification in Mexico persists to the present day. Historically the members of the upper class were those who owned the land that the lower class cultivated. This changed with the Mexican Revolution of 1910. It has been estimated that as a result of the Revolution, the Mexican government redistributed 50 percent of the land held by the landed gentry. Today, land ownership continues to form the basis for wealth in Mexico. However, the economy's industrial transformation means that industrialists and politicians are also likely to number among the wealthy. Unfortunately, only 10 percent of Mexicans are wealthy. Another 30 percent are middle class. Fully 60 percent of Mexicans are poor, including peasants and industrial workers. The country's income is very unevenly distributed. The wealthy 10 percent of the population owns 38 percent of the country's income, the

One need look no further than the indexes of health, education, and housing to understand that there are great disparities between the wealthy and poor in Mexico. With respect to health, the Mexican population has on average done well. In 1940, average life expectancy and infant mortality were respectively 42 and 125 per 1,000 live births. By the year 2000, those statistics had changed to 75.3 and 25 per 1,000 live births. But disparities persist; life expectancy is lower by 10 to 15 years and infant mortality can be twice as high in the poorer southern states like Chiapas. Health care is substantially free for all Mexican citizens. The Mexican Institute of Social Security runs hospitals and clinics that are available to workers in the formal sector. Mexicans who are not in the formal labor force are able to receive medical care from a number of different governmental agencies. Yet the reality is that receiving health care from a nurse in a rural clinic is quite different from receiving health care from an expensive specialist in the United States, an option often exercised by the wealthy in Mexico. The disparities in the nation's health statistics reflect this reality.

With respect to education, it is important to note that 89.6 percent of the population is literate. In fact, the educational system within Mexico is extensive. Education is compulsory through to the equivalent of the ninth grade. At least 1 public university can be found within each state. Mexico City boasts the country's largest public university, the National Autonomous University of Mexico, with over 275,000 students. The campus is also the repository of the country's national library. Yet public schools in Mexico have significant problems. The quality of instruction is low, the bureaucracy is ineffective, and students do not stay in school (only 60 percent of Mexican children complete primary school). Experts agree that the system does a poor job of preparing Mexican citizens to compete in a global economy. However, the disparity between rich and poor is evident here. In Mexico, the rich are more likely to be educated. They are more likely to have attended the country's better private schools, and schools in the United States, whereas in the rural villages the state may not provide education beyond the sixth grade.

The housing situation in Mexico also provides a dramatic illustration of the disparity between rich and poor in the country. Even within Mexico City it is possible to see numerous examples of the country's housing shortage. In the community of Netzahual-coyotl, on the eastern outskirts of Mexico City, over 1,000,000 lower-class Mexicans live in single-room brick structures erected on land that floods when it rains. They have few public services. By contrast, the elite western suburbs of Mexico City allow the wealthy to live with all of the amenities of modern life.

In the modern era, persistent poverty has been one of the abiding problems of the Mexican economy. The economy has few safety nets; there is no unemployment compensation and the poor do not receive welfare payments. Economic policies that have worsened things like inflation have eroded the real wages of the poor. Each incoming Mexican administration, it seems, has proposed a new government program to address the needs of the poor. Sometimes the programs have worked temporarily and sometimes not at all. And if the nation's income distribution and housing pattern is any indication, the situation appears to be worsening. While education is the ticket to upward social mobility in Mexico, it is not at all clear that the state is providing educational opportunities for the poor.

Excellent Article. Who is the author? Would like to use this article to develop a 601-Waiver for Mexican Immigrant into the US. Maria Moreland
2
rosie faga

hi.. my name is daniel and I am doing a project on Mexico Education..I would love to know what was learnt and what they use in materials and what school activities they do??? thank you so much
3
Harper

I'm writing a research paper about poverty in Mexico. I'm interested to know who is the author, the publication and the date. Thanks I appreciate your help.
5
tracey mactavish

Great article. I have a question though. Who published it, the publication, and the actual date. It would help out since I'm doing annotations for all the sources I used.
8
Danely

Excellent article, but I would also like to know the date, author and the publication. I need it for a research project.
Thanks
9
Gigi

Awesome article!
Would it be possible to know the Author and publications name?

Very informative and helpful.Good for any research paper.
11
Barasa collins

I am doing an essay on poverty in mexico in the 1940s. Would you know anything about that?
14
Lori