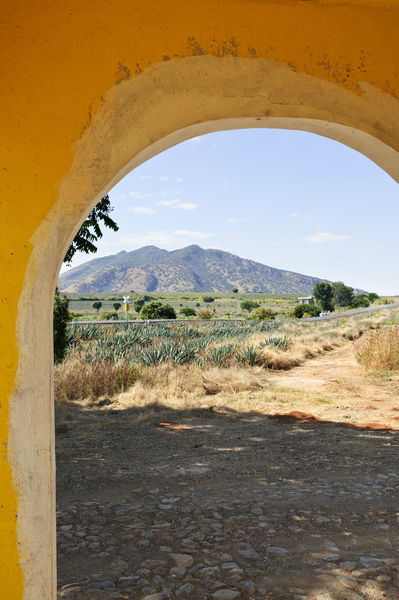 There are at least 3 reasons why Mexico has enjoyed some success in its crop production over the past 5 years. First, there is much land that is available to grow crops. Mexico has been able to increase the land that it uses for crops from 3.70 million acres in 1950 to 8.64 million acres in 1965 because of irrigation programs instituted by the government in the 1940s and 1950s. Second, there have been changes in the land ownership system that were instituted by President Salinas in 1992. Under the Constitution of 1917, land was distributed by the government to a community of peasants called an ejido , whose members owned the land but could not lease or sell it. In the face of increasing importation of food and decreased agricultural output, President Salinas was successful in getting the Mexican Constitution amended to give the members of the ejido the right to lease or sell the land if most of the members of the ejido agreed to do so. The purpose of this change was to allow ejidos to combine to form large efficient farms. Millions of acres of ejido land have now been transferred and a substantial amount of money has now been invested in the agricultural sector by private investors in their efforts to buy or lease ejido land. A third reason why Mexico has enjoyed an increase in crop production over the past few years is because under the Procampo program, the government now makes cash payments directly to farmers and they can then determine which crops they want to produce. The program has encouraged Mexican farmers to produce crops like wheat and sorghum as well as fruits and vegetables instead of the more profitable corn and beans. This program will be phased out from 2003 to 2008.

this is a great artical. the ways the author explains this in great detai, really helps the reader get into focus wtih the artical.
2
frank

mexico needs to improve in livestock production as well to use improve systems in crop production.the use of extensive farming is not recommended since we are destroying evergreen forest. we need to start to use intensive farming. this will help the entire nation. check el salvador agric production.
3
amanda

I really like this article. It brings me in to the information the author has to give us. This really helped me a lot.
4
Lindsey

The article helped me a lot with my exams! I really like this!
6
Marissa Jsm

Took me a bit to figure out where the info was, but wow the info is great!!!Thank you who ever wrote this,so much good info crammed into a small amount of space takes a lot of talent. You have helped me greatly in my school project. Thanks again for your awesome to-the-point info it really helped me.
7
Bob

its an excellent article ant it helped me out a lot with my project: agriculture around the world
8
JT

Never too old to learn. Excellently condensed information about the progressive country south of the US. Look forward to much more selection of Mexican vegetables in our Canadian supermarkets. Excellent product, excellent taste, muchas gracias.
10
lol

Thanks! This was super informational and helped me with my project Human-Environment Interaction in Mexico! Thanks again!
11
Artwill F Baas

Lovely article. I import produce from Mexico and I myself was surprised to find out how many tons were sold each year. Great learning from writers like you. Keep up the good work, everyone.
13
Adam Davis

Love this article - I'm doing a report on Mexican agriculture's role in reducing GHG emissions as part of Mexico's comprehensive plan to stop global warming. Can you share your sources?