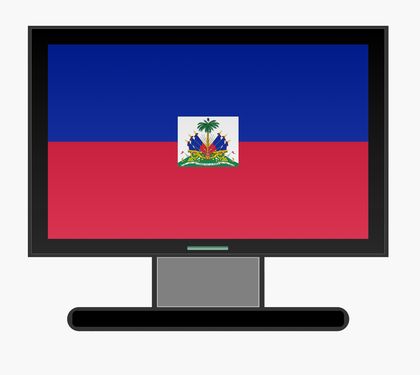 Haiti's infrastructure is primitive and poorly maintained, the result of decades of under-investment and environmental damage. Most roads, even those linking

Port-au-Prince to other large towns, are often impassable to ordinary vehicles. Of a total of 4,160 kilometers (2,585 miles) of roads, only 1,011 kilometers (628 miles) are paved, and these are frequently pot-holed and damaged by landslides. There is no railway other than a stretch attached to an ex-sugar plantation. Several ports are capable of dealing with container shipping, but most foreign trade passes through Port-au-Prince. Port-au-Prince International Airport is situated 5 miles from the capital and has regular connections with North America and Europe. The only other modern airport is near Cap-Haïtien, in the north of the country.

Deforestation and the resulting soil erosion have silted up Haiti's main hydroelectric power generating system. The 677 million kilowatt hours (kWh) of electrical power consumed in 1998 was barely enough to keep industries going, and most wealthy people and companies have private generators. Only 10 percent of city dwellers and 3 percent of the rural population have access to electricity. The main fuel is charcoal, produced by smallholders at often enormous environmental cost.

Poor road conditions have had disastrous effects on farmers, who face serious problems in taking their goods to markets and towns. The crumbling infrastructure, erratic power supplies, and constant threat of unrest have also been cited by foreign manufacturers as a discouragement to locating companies in Haiti. What little public transport there is consists of tap-taps, colorfully painted buses that link towns and villages.

Telephone and television access is almost non-exis-tent in the countryside, while mobile phones and Internet connections are the preserve of the wealthy minority and business interests in the capital. In 1996 there were only 60,000 phone lines recorded in the country. The state-owned Téléco company is highly profitable as it holds a monopoly on the lucrative business in international calls.

I am a haitian living abroad and detailed, reputable news from Haiti is hard to find these days. I would like to know if their is factual information that the president of Haiti and his cabinet have made or are making plans to rebuild the damaged infrastructure of Haiti. If so, where can I get details of this plan and who is in charge of its diverse parts as I would like to see how I can best assist. Any information you can provide would be greatly appreciated.

Thank you and best regards,
Eddy