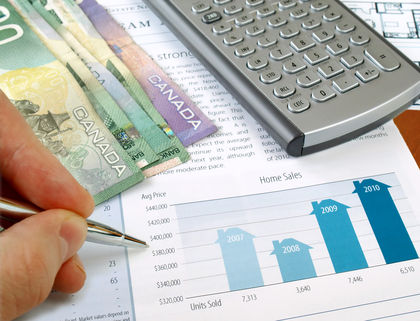 Canada's economy is dependent on international trade. Roughly 59 percent of its economy is based on trade. In 1999 Canada exported US$277 billion worth of goods and services and imported US$259.3 billion. While the overwhelming majority of the country's trade is with the United States, the Canadian government supports the expansion of foreign trade through international treaties and agreements. In 1989, Canada and the United States signed the Free Trade Agreement (FTA) which eliminated many tariffs and taxes on goods that were traded between the 2 nations. As a result, trade increased by 50 percent before NAFTA superceded the FTA in 1994. In 1999, trade between the 2 nations equaled US$365 billion. When investments and services are included, the total rises to US$450 billion. Canada now has a trade surplus with the United States that in 1999 was US$32.1 billion. With NAFTA, trade between Canada and Mexico

Because of the success of the FTA and NAFTA, Canada has sought to enter into similar agreements with other nations. It has started negotiations with nations including Costa Rica, Israel, and Singapore. In 1997, it initiated a version of the FTA with Chile. This agreement is designed to prepare Chile for entry into NAFTA. Canada is a member of a number of international economic organizations including the WTO, the Free Trade Area of the Americas, and the Asia-Pacific Economic Cooperation (APEC) forum.

While the United States and Canada generally cooperate on trade issues, there are a number of areas where the 2 countries have disagreements. When disputes arise between the 2 nations, they are usually submitted to international bodies for resolution. The WTO and NAFTA are the most common forums to arbitrate controversies. The main areas of dispute most commonly involve agriculture and cultural industries. A major fisheries dispute that centered around the Gulf of Maine was settled by the International Court of Justice in 1984. In 1990 the United States and Canada signed the Fisheries Enforcement Agreement that was designed to discourage illegal fishing. This was followed by the 1999 Pacific Salmon Agreement that settled disagreements over salmon fishing.

The most significant barriers Canada has to free trade are restrictions on the ownership of companies that are headquartered in the country. Foreign individuals and companies are limited to 25 percent ownership in Canadian airlines and 20 percent ownership of telecommunications companies. They are also restricted to 49 percent stakes in commercial fishing ventures. Furthermore, Prince Edward Island, Nova Scotia, and Saskatchewan limit real estate sales to people or companies from outside of the province.

Because of the potential influence of American culture, Canada has taken steps to try to preserve its culture from being overwhelmed by the United States. For instance, the Canadian government exempted cultural industries such as movies, music, or literature from the provisions of NAFTA. In addition, Quebec requires that all products marketed in the province be labeled in French, and throughout Canada both French and English are used in packaging and labels.

While 90 percent of all goods enter Canada without any form of tax or tariff, certain products face tariffs that range from 0.9 percent to 13 percent. The highest level of tariff is applied to goods such as vegetables, cut flowers, sugar, wine, textiles, clothing, footwear, and boats. These tariffs apply to 35 different countries. In addition, Canada uses 300 percent tariffs to protect the dairy and poultry industry from competition, although in 1999 the WTO agreed with the United States and New Zealand that such tariffs were in violation of WTO regulations.