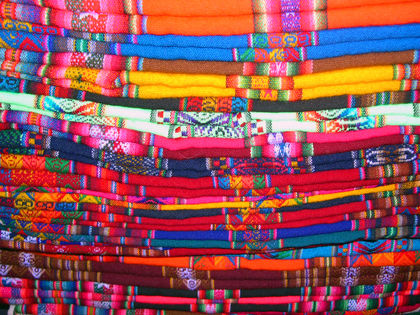 Bolivia is a central South American country. It shares borders with Brazil in the northeast and east; Paraguay in the east and southeast; Argentina in the south; Chile in the west; and Peru in the west and northwest. Bolivia has an area of 1,098,580 square kilometers (424,162 square miles), of which 14,190 square kilometers (5,479 square miles) are water. Bolivia is just slightly less than 3 times the size of the U.S. state of Montana. Bolivia is divided into 3 distinct geographical areas: (1) the high mountains ( cordillera ) with its high plateau ( altiplano ), (2) the intermediate valleys (between the mountains and the lowlands), and (3) the eastern plains of the Amazon and Plate river system.

The population of Bolivia was estimated to be 8,280,000 in 2000. In 1950, it was 2.7 million. The annual population growth rate is 2.2 percent. One of the greatest changes has been the shift from rural to urban areas. It is estimated that currently 65 percent of the population reside in urban locations, and in some urban areas the growth rate has been close to 5 percent. The growth rate of the rural population between 1950 and 2000 has remained at about 1 percent, and in some areas there has been a steady population loss. The cities of La Paz-El Alto (twin cities) have over a million inhabitants: La Paz with 792,000 and El Alto with 405,000. The city of Santa Cruz has a population of 1,300,000, and Cochabamba has 408,000.

There has been a notable exodus of the high plateau ( altiplano ) and mountain ( cordillera ) population to the eastern lowlands. This movement was due mainly to the decline of the mining industry, the harsh climatic conditions, and the availability of land in the east. It is estimated that between 1975 and 1985 about 5,000 families migrated per year, totaling around 300,000 people. The integration of the newcomers of different ethnicity and language (Aymara and Quechua) has been relatively smooth and peaceful. The first generations of these migrants, who moved from an environment of frigid temperatures to a subtropical climate, have maintained their culture to a great extent. About 55 percent of the Bolivian population is composed of people of indigenous lifestyle

(Quechua, 30 percent; Aymaras, 25 percent); there is a small number in the southeast who are Guaranís with their own language. (Guaraní is an official language in neighboring Paraguay.) Those of mixed race (Indian and European origin) comprise 30 percent of Bolivians. Those of European origin (mainly Spanish), plus some from the Near East who arrived between 1890 and 1920 and from the Far East (mainly Japan), make up another 15 percent. Percentages are inexact as people are identified by their ethnic lifestyle, dress, and primary language. There are several main Indian languages of which Quechua is the dominant, Aymara a close second, and Guaraní a distant third. Official languages are Spanish, along with Quechua, Aymara, and Guaraní in the regions where they are spoken. In 1992, 87 percent of all Bolivians could speak Spanish as compared to 78 percent in 1976. About 12 percent can speak only the indigenous languages, compared to 20 percent in 1976. There have been attempts to introduce bilingual education, especially in the rural areas. Financial constraints and the lack of qualified teachers are impediments to full implementation.

Until recently mining has been the mainstay of the Bolivian economy. In the 1940s, minerals constituted over 70 percent of Bolivia's exports, mainly tin and tungsten. During World War II, the Allied Powers depended on Bolivian tin.

In the past, Bolivia was considered a mono-economy, but minerals currently constitute a smaller part of Bolivia's exports, declining to below 40 percent and to less than one-third of Bolivia's foreign exchange. But recently mining regained a larger share because of increased extraction of gold and especially zinc. Zinc production in 1997 was 154,230 metric tons. Still, in 1997 mining represented only 5.5 percent of the GDP; that production consisted of zinc, gold, lead, tin, antimony, tungsten, silver, copper, cement, and ulexite (a white crystalline mineral). There are expectations of developing Bolivia's large iron reserves. El Mutun, a 40,000 metric ton deposit located close to the Brazilian border, is considered one of the largest in the world. About 80,000 Bolivians still depend on mining for their livelihood.

The 1952 Bolivian Revolution nationalized most of the mines, then owned mainly by 3 men usually identified as the Tin Magnates. A state mining agency, Corporacion Minera Boliviana (COMIBOL), was established and in the 1980s was responsible for two-thirds of Bolivia's mining output. In the late 1980s, Bolivia slowly began to capitalize on and privatize mining, and by the mid-1990s COMIBOL's share of mineral production had fallen to less than 30 percent. COMIBOL's bloated work-force, which had reached about 30,000 in 1984, was reduced to under 3,000. At the same time joint ventures between COMIBOL and private concerns came into existence. In 1997, COMIBOL produced 30.6 percent of the declining tin production and only 4.3 percent of the increasing zinc production; all other mineral production was by private enterprise.

Petroleum and natural gas are now important in the Bolivian economy, making up 5.6 percent of the GDP. The State Petroleum Corporation (YPFB) is no longer the largest producer, though, since the 1996 Hydrocabon Law permitted capitalization and privatization of YPFB as well as concessions to foreign companies, most of which are from the United States, Brazil, and Argentina. In 1998, petroleum production was 12,628,000 barrels of which the YPFB share was 7,110,000. Natural gas production in 1998 was 109,673 million cubic feet of which 99 percent was from private enterprise. Starting in 1999, the US$450 million, 488-kilometer (303-mile) gas pipeline permitted exports to Brazil. Bolivia's hydrocarbon production satisfies national demand, with roughly one-third available for export, mainly to Brazil and Argentina. According to official sources in Bolivia, the country hopes to become the natural gas distributor for the Southern Cone (southern nations of South America).

The principal manufactures have hardly changed in several decades. Growth is related to population growth, and from 1990 to 1996 the annual increase in manufacturing averaged 4.6 percent per year. Traditional woolens, weavings, leather goods, and jewelry generally grew more because of their greater popularity outside Bolivia and with tourists whose numbers to Bolivia also increased.

The manufacturing industry represents 16.8 percent of the GDP. In 1997, according to the Bolivian Statistical Institute, there were 1,725 manufacturing enterprises with at least 5 workers, altogether employing 52,000 people. This number represents 15 percent of the Bolivian labor force . The 330 manufacturers that had over 50 employees accounted for 36,000 workers. In 1997, total industrial output was valued at US$1.03 billion. Manufacturing sectors include food and beverages and tobacco; textiles, clothing, leather and footwear; wood products and furniture; printing and publishing; industrial chemicals and pharmaceuticals; and plastic, glass, and rubber products. Most of the manufacturing industries are located in the cities, especially in La Paz/El Alto, Cochabamba, and Santa Cruz. Except for traditional jewelry, leather, and woolen goods, the manufactured goods are mostly for internal consumption.

Bolivia is a popular destination for tourists who are motivated and somewhat hardy. Tourism is a growth industry because of the country's many attractions. There are traditional cultures; antiquity sites; preserved colonial villages, towns and cities; diverse climates with majestic scenery; a variety of flora and fauna with good fishing in the rivers and lakes; availability of exquisite textiles and jewelry; sports like trekking, mountain climbing to over 6,000-meter peaks, skiing, and rafting; and camping in rather undeveloped but unforgettable national parks. Bolivia is ideal for eco-tourism. The country has, at 6,000 meters, the highest ski slope (Chacaltaya) in the world near La Paz. Among the popular tourist spots are the pre-Inca ruins of Tihuanaco, Lake Titicaca, the still preserved colonial cities of Potosí and Sucre, and the colonial Jesuit missions in the eastern lowlands. Then there is La Paz, the highest capital city of the world; Cochabamba, often called the "city of eternal spring"and dynamic Santa Cruz, the large urban center of the eastern lowlands. Numerous local fiestas draw many visitors, the best known being La Diablada in Oruro during carnival week. New attractions for some tourists are the locations where the celebrated 20th-century Marxist leader Che Guevarra was captured and mortally wounded, and the stark village of San Vicente on the windy altiplano where in 1908 the romanticized U.S. outlaws, Butch Cassidy and the Sundance Kid, were ambushed and killed.

In 1997, 375,000 tourists visited Bolivia. Of these 60 percent came from the Americas, 35 percent from Europe, 4 percent from Asia, and 1 percent from Africa. Income from tourism in 1997 was US$180 million. Bolivia would like to boost this to US$1 billion by 2005. The government is actively promoting tourism and encouraging tourists to stay longer and also make it a prime destination. Most tourists spend only a few days in the country, combining their visit with longer stays in the neighboring countries.

By mid-1995, Bolivia's Superintendency of Banks reported 58 financial institutions. In 1995, banking assets totaled US$4 billion, representing a growth of 11 percent from the previous year. In 2000, the assets came close to US$5 billion. The Superintendency had licensed 17 banks and 13 savings and loan institutions. Later 2 banks, Banco Sur and Banco Cochabamba, went into receivership, and 2 banks, Multibanco and Banco La Paz, were absorbed by Citibank and Banco de Crato, respectively.

These events highlighted the importance of the Superintendency of Banks, a government agency created in 1993. The Superintendency is in charge of the licensed SBEF (Bolivian Banking and Financial Institutions) which includes licensed banks, savings and loan institutions, credit unions, and small financial service institutions. Of the licensed banks 6 are responsible for 71 percent of all transactions (Banco de Santa Cruz, Banco Industrial, Banco Hipotecario Nacional, Banco Nacional de Bolivia, Banco Mercantil, and Banco Boliviano Americano). The director of the Superintendency is appointed by the president of the Republic from nominees presented by the National Senate, who must choose them with at least a two-thirds vote. The person selected by the president must then have the approval of the lower house of the Congress. The director is appointed for 6 years. A new director was selected and appointed in March 2001. The Banco Central, the national bank, is in charge of issuing and controlling the Bolivian national currency and is not under the control of the Superintendency of Banks.

Bolivia, like most nonindustrial nations, has not developed the retail sector. Its larger cities have many retail stores, most of them family owned. There are hardly any chain or international franchise stores. Small towns have basic stores that are privately owned. Bolivia is a country of small traders and street vendors. The town markets are most important and draw numerous vendors, traders, and hawkers . These shopping areas are well regulated by the municipalities. Nearly all of them have stalls selling prepared food, which are popular with moderate and low income inhabitants. Probably the largest market is La Cancha in Cochabamba, with a few thousand independent traders and all kinds of wares. It has become a popular place for tourists. While it remains impossible to calculate the total business transactions of these individual entrepreneurs, they are an important and dynamic part of the Bolivian economy.

Bolivia has no territories or colonies.

i am doing a poster grade about Bolivia i need thing more about Bolivia and i need to see more things about culture city's and economy so we can learn more stuff about it and get a good grade for our grades and learning about it so more is better for it.