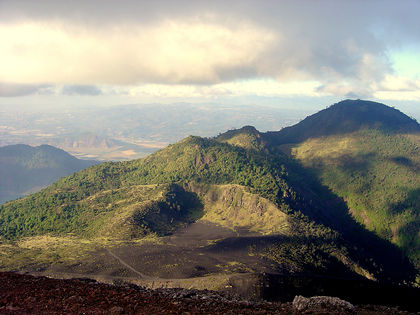 Agriculture, which employs over one-third of Belize's labor force, is vital to the country's economy, accounting for nearly 22 percent of the GDP in 1999 and about 68 percent of export earnings.

Sugar is produced in the north of the country and is the nation's largest agricultural export, accounting for 50 percent of domestic export revenues and half of all arable land use. Preferential quotas and tax rates on sugar exports granted by the United States and the European Union have kept sugar revenues high. The United States bought 16,772 tons and the European Union bought 39,400 tons of sugar from Belize in 1999.

Fruits, such as bananas, oranges, and grapefruits, are the country's second largest agricultural export. Fruit production, which occurs in the Stann Creek Valley, is affected by weather and international market conditions. For example, Hurricane Keith caused great setbacks in the agricultural sector in 2000. Also, export revenues rose to record levels in 1995-96, but as international prices fell, earnings slumped. Citrus concentrate and bananas enter the United States duty free under the Caribbean Basin Initiative (CBI). Recent developments in the industry could make the citrus sector more competitive against the banana market. In 1998-99, 2 citrus companies were purchased by the Commonwealth Development Corporation (CDC). The company wants to increase citrus production by making factories more efficient and by rehabilitating existing groves.

Banana production is significant, accounting for 16 percent of total exports in 1999. Production was controlled by the state-run Banana Control Board until 1991. It was then taken over by a growers' association which, through efficient management, raised banana production to record levels by the mid-1990s. Other export crops include assorted vegetables and tropical fruits, chili peppers, papayas, and organic cocoa.

Increased rearing of livestock has helped Belize become self-sufficient for fresh meat and poultry products. Belizean slaughter houses produced 3.3 million pounds of beef in 1999, along with 1.9 million pounds of pork. Some of this output was exported to Honduras and Guatemala. Despite increased production, processed meats were still imported from the United States. Fishing is an important component of the economy, providing food for domestic consumption as well as an important source of foreign exchange. Belize exported over 5,200 tons of marine products in 1999, most of it lobster and shrimp.

The timber industry, which once dominated the economy, has continued to struggle, contracting 6.9 percent in 1999. While 79 percent of Belize is covered by forest and woodlands, only 15 percent is suitable for timber production. Sawnwood exports earned only US$2.1 million in 1999, approximately 1.3 percent of total export revenue.

Most farms in Belize are small, less than 20 hectares. Government financing has generally favored large export-producing farms, making it difficult for small farmers to obtain capital for improvements. To help remedy the situation, the government (in November of 1998) created the Small Farmers and Business Bank to meet small farmers' needs.

I'm thinking about exporting orchids from the jungle. Is there someone I can get the info I need to start the buisness
2
franklin Smith

Useful. Looking at a retirement location. More interested in what can be grown than what is grown. Description of crops indicates climate. Timber Harvest indicates more stable ecosystem than other South American countries
3
Den

I am thinking about investing in the agricultural sector in Belize. What is the most profitable crop to invest in at the moment. Also please advise me if cow farming very profitable as well.
4
Roy John

I would like to purchase few acres of land and plant Rubber trees, pepper, coffee and cashews.
Is the land and soil is suitable for it? As an INDIAN can I purchase land there?
5
VIVIAN JONES

THE FISHERIES INDUSTRY REALY HELPS OUT IN BELIZE!!!