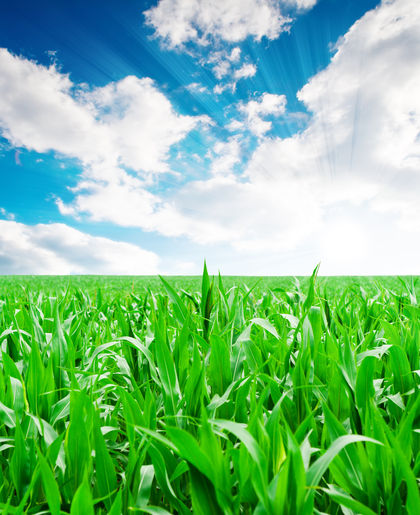 Zimbabwe has a well-developed and diversified agricultural sector, producing food crops, cash crops, and livestock. Although agriculture accounted for only 28 percent of GDP in 1998, it engaged about 66 percent of

Zimbabwe produces much of its own food, except in years where drought affects maize and wheat production. The staple food crop is maize, and other cereal crops include barley, millet, sorghum, and wheat. In spite of the high concentration of arable farmland in the commercial sector, smallholder production share of agricultural output rose from 9 percent in 1983 to 25 percent in 1988, and 50 percent in 1990. Tobacco is the largest export crop (23 percent of merchandise exports in 1997) and Zimbabwe is among the world's biggest exporters. The other main exports are sugar and cotton and in years of surplus maize is exported. Horticulture is growing rapidly and Zimbabwe is now the world's third-largest exporter of roses.

Zimbabwe is one of a few sub-Saharan African countries allowed to export beef to the European Union. Exports began in 1985; however, Zimbabwe could not keep up with its quota, and exports have dwindled over the years. Total exports were 9,500 metric tons in 1996. Sheep, goats, pigs, and poultry are also extensively farmed. About half the country's timber is produced by the Forestry Commission. Rough-sawn timber is exported to Botswana and South Africa. High quality timber is exported mainly to the United Kingdom. In 1994, Zimbabwe's forestry sector produced 29,000 cubic meters of non-coniferous sawn wood, 3,000 cubic meters of non-coniferous sawn logs and veneer logs, and 1.8 million cubic meters of industrial round wood.

I LOVE ZIMBABWE AND ITS LIVE STOCK IT SO BEAUTIFUL AND I LOVE IT AND ALL THE DIFFERENT FARMS I WISH I WAS BACK THERE AND I LOVE THE INFO USED IN THIS TEXT BECAUSE IT GIVES YOU A LOT OF INFORMATION ITS LIVE STOCK HAS A LOT OF WHAT EVERY FARM HAS.
:)
2
TakuSaku