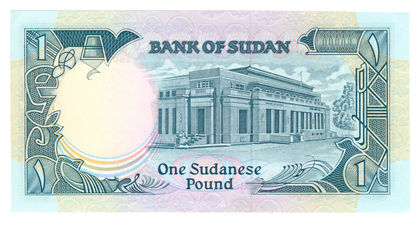 Before independence in 1956, Sudan had been a British-Egyptian condominium (under the common governance of both countries). Since independence, Sudan's political situation has been very unstable. Sudan experienced several coups d'etat and conflicts. There is a clear difference between the predominantly Arab and Muslim north side and the predominantly African south, which has a population of mainly Christians and followers of indigenous religions. The cultural differences between the groups has led to an ongoing conflict within the country.

Since independence, the northern population has dominated politics, filling more governmental posts and gaining official authority. Shortly after independence, southerners, upset by the strict Islamic penal code (which included amputations for stealing and public beatings for alcohol possession) that had been added to the country's laws and the deterioration of the economy, began a civil war to gain independence for the south.

The country experienced its first coup d'etat in 1958, another in 1964, and yet another in 1969. The coup of 1969 brought Jaafar al-Nimairi to power and started Sudan's cooperation with the countries of the Communist block. Nimairi shaped Sudan's government around the idea of National Socialism and patterned his administration after his idol Abd al-Nasser in Egypt. Nimairi established the Arab Socialist Union and included the Communist Party in a government coalition. He also gave a great deal of autonomy to the south. In 1971, Communists tried to overtake the government, but Nimairi remained in power with help of the army.

Until this conflict, all the revolutions and coups d'etat in Sudan were bloodless. This one changed the course. Nimairi had the Communist leaders executed. He also turned away from the Communist block and sought better cooperation with the rich oil-producing countries of the Persian Gulf, mainly Saudi Arabia. Under Nimairi, Sudan actively tried to attract more foreign direct investment (FDI) and studied which areas of the economy should be targeted. Agricultural production, especially grains, topped the list for FDI; some even expected that Sudan could become the main grain supplier for all Arab countries. Sudan's first oil deposits were also found, which led to conflicts with the south over the proposed oil revenues distribution.

But economic growth did not come to Sudan; by the 1980s, the economy had deteriorated and the living standards of the vast majority of the population plunged to very low levels. In addition, in 1983 Nimairi again changed his ruling policy, this time to a radical Islamism and Islamic fundamentalism. He tried to implement the Islamic legislative system "Sharia in praxis," which included such extreme punishments as cutting off a hand for theft or stoning to death for fornication. He also canceled autonomy for the south.

Civil war erupted, displacing nearly 2 million people. The war practically split the country in 2. The larger northern part of Sudan remained under the official control of the Muslim pro-governmental army. The south was controlled by the Sudan People's Liberation Army led by John Garang. But the division was unstable, and by 1985, another coup removed Nimairi's regime from power. The new government was led by Sadiq al-Mahdi, an Oxford University graduate and an intellectual. Al-Mahdi sought normalization of the political situation and revitalization of the economy. However, he did not succeed in finding compromise with the rebelling south, and another coup overthrew his administration in 1989.

The 1989 coup installed a one-party system led by the National Islamic Front (NIF). Umar al-Bashir became the official head of the state and prime minister. Hasan al-Turabi became the second most important political figure since 1989 as the leader of the NIF and the spiritual Islamic leader of the country. The new regime was marked by a hard dictatorship, prohibition of any political activities that would not be in accordance with official propaganda, suppression of any opposition, and support for international terrorism.

The only country that continues to have good relations with Sudan is Iran, its main financial supporter. Sudan has served as a vanguard and loyal agent of Iranian interests in the region. Through Sudan, many extremist Islamic and fundamentalist movements were supported in neighboring Egypt, Ethiopia, Uganda, and other countries. Therefore, the relations with those countries deteriorated, and Sudan remained totally isolated. The country once granted asylum to the international terrorist leader Osama bin Laden. The extremist Islamic and fundamentalist leadership of the country forced the population to follow its religious instructions and introduced hard Islamic laws which led to uprisings among other religious groups and sharpened the fights for independence in the south. Sudanese leaders introduced more violence to the country when they blamed neighboring countries (Egypt, Ethiopia, Eritrea, and Uganda) for giving support to the Sudan People's Liberation Army, which led to border conflicts with those countries.

By the 1990s, Sudan was so isolated that its economic situation became unsustainable. In addition, some changes in the Iranian political scene occurred that led to policy changes towards Sudan. The new Iranian government did not want to be connected with Sudan's support for international terrorism and pressed the Sudanese government to change its political course. In 1996, the terrorist Osama bin Laden was expelled from Sudan. Negotiations with the opposition leaders, including former country leaders Sadiq al-Mahdi and Jaafar al-Nimairi, started. However, the political change was not sufficient. In 1997, the United States imposed economic sanctions that forbid U.S. companies from investing in Sudan.

In 1998, the NIF was reorganized as the National Congress (NC) and the country adopted a new constitution and legislature allowing political activities and official registration of other parties. This new legislature came into force in 1999 and other political parties were formed at that time, including the National Democratic Alliance (NDA; the Alliance consists of the Umma Party and Democratic Unionist Party), Sudan People's Liberation Movement (SPLM), Sudan People's Liberation Army (SPLA), Muslim Brothers, People's Social Party, and the Liberation Party.

This change in the policy brought about conflict between the president Umar al-Bashir and the religious leader and chairman of the parliament, Hasan al-Turabi.In December 1999, Umar al-Bashir dismissed the parliament and declared a state of emergency. Al-Turabi summoned protest demonstrations, but with little success. Al-Turabi was excluded from the official policy and formed his own opposition group called the Popular National Congress.

In December 2000, there were presidential and parliamentary elections. Umar al-Bashir gained 86 percent of the votes and the ruling National Congress of President Umar al-Bashir won 97 percent of the seats. Nevertheless, most of the opposition representatives, including al-Turabi, boycotted the elections, saying the elections were manipulated and rigged. The political situation is, in spite of Bashir's victory, still not clear or stable. Negotiations with the south, for example, have not been fruitful.

Until the recent time, the government had a dominant role in the country's economy. All key sectors were totally controlled by the state authorities, with the exception of some small activities and agriculture. The taxation policy of the government was always very unstable and obscure. The state budget has been in permanent deficit. Financial experts, however, expect this to change now that the government has started a privatization and liberalization process.