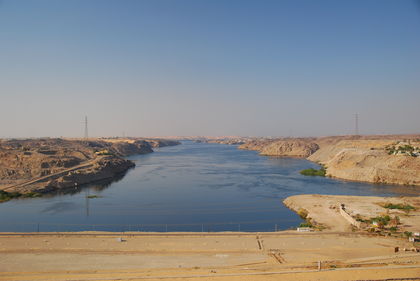 Sudanese industry accounted for an estimated 17 percent of GDP in 1998. The small size of the country's industrial sector is a result of chronic problems, including lack of skilled labor force, raw materials, and investments. These problems are most apparent in the textile and foodstuff industries, as well as in the production of sugar. If these problems were resolved, Sudan could dramatically reduce its reliance on imports.

About 80 percent of the industrial sector is privately-owned. The main industries are: tannery and leather production, weaving mills, spinning mills, gum arabic production, paper mills, minerals, ores, and raw materials extraction. The tannery industry creates 6 percent of the country's exports. It contains production of raw furs for export and local market, furs for the footwear industry, belts production, and artificial leathers. There are 7 big tanneries and 290 traditional manufacturers in Sudan. The furs and leathers are manufactured in 72 factories, and the yearly production of shoes amounts to 12 million pairs.

The textile industry is the oldest one in the country. Weaving and spinning mills are supported by the government that has spread the motto, "Let's wear what we produce ourselves." There is a large gap between production and consumption, however. Production amounts to 2,000 tons of combed cotton yarn: 235 million meters of textile fabrics, 5 million pieces of clothing, 1 million cover blankets, and 400 tons of cotton bandages yearly. By the end of the 1990s, plans were in place to increase investment incentives that would boost production capacities, to invest in new technologies, and to build spare parts factories. In 1999, an agreement with a Chinese consortium was signed that could lead to a new cooperation in textile factories reconstruction.

Sudan is the biggest producer of arabic gum that is extracted from the resin of Senegalese acacia trees. Its production covers 80 percent of the world consumption. The gum is used in foodstuffs, the chemical industry, cosmetics, pharmaceuticals, and lithography.

Sudan has 2 paper mills producing 2 tons of paper every year. Because Sudan has access to all the materials necessary for production (wood, papyrus, and other raw materials) and a cheap labor force, it is expected that investments in this sector will grow in the future.

Foodstuffs production include sugar, beef, poultry, fish, and others. Sugar production is very important to Sudan. Sudan is the third largest producer of sugar in Africa, after South Africa and Egypt. The yearly production is estimated at 450,000 tons in the late 1990s, up from 100,000 tons in 1980. The government plans enlargement of crop fields near the Nile River. The biggest country producer is White Nile Sugar Co. The Kenana Sugar Company is an excellent example of how the government wants joint ventures and investments to spur growth in the industrial sector. The growth of the Kenana Sugar Company prompted the government to open its state-owned Sudanese Sugar Company to private investment at the beginning of the millennium.

There are large deposits of copper, gold, chrome, iron ore, lead, wolfram, zinc, uranium, diamonds, marble, talc and plaster. The gold production is estimated at 6 tons yearly and is realized by 2 joint ventures: first, Sudan-Chinese and, second, Sudan-French. Total gold deposits are expected to contain 37 tons. Copper extraction is to be set in the future in cooperation with the British Western Cordofan.

Oil deposits were found in the 1960s and 1970s and Sudan started its extraction in the 1980s. Most of the oil deposits are located in the southern part of the country. Disputes over how the oil revenues would be used fueled the civil conflict and made construction of extraction facilities and a pipeline difficult. Many times, opposition groups have blasted some of the pipelines and cut production.

Oil extraction and export in Sudan has benefitted from cooperation with foreign companies. Foreign oil consortiums from China, Malaysia, Canada, Qatar, and Austria are operating in the country. (The United States has imposed sanctions against the country so large U.S. oil companies have withdrawn from Sudan.) A pipeline from the oilfields in the south to Port Sudan along the Red Sea was completed in 1998, and the country exported its first oil in 1999. The yearly oil production is expected to reach 1 million barrels in 2005. This result, however, depends also on the political climate and evasion from attacks. Besides this there are still some unchecked fields where new deposits are expected. Oil refineries are already established in Port Sudan, El Obeid, and Abu Gabra.

A petrochemical factory is being built 30 kilometers (19 miles) south of Khartoum in cooperation with China. Its yearly production should be 2.5 million tons. Gas deposits were detected in the Red Sea shelves, where 7 sources are being drilled.

What is the prospoects of foreign investors in sudan. How many steel industries are in operation in sudan. what is the demand and supply of construction iron rods
3
waheed

I want to know about the Agriculture equipmets and oil engine spares traders/wholesalers and dealers in sudan.
6
muralikrishna

what is the scenario of timber exports from sudan,how to import to India