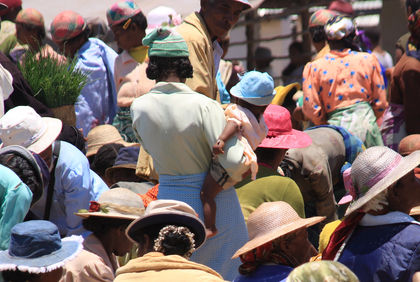 Due to South Africa's history of apartheid, a period when blacks were oppressed both politically and economically, the country's poverty and wealth profile is highly skewed to favor the white population. According to a study conducted in 1995, whites in South Africa, with per capita income of US$32,076, made 11.8 times more per capita than blacks (who had a per capita income of US$2,717), 5.1 times more than people of mixed-race (with an income of US$6,278), and 2.5 times more than Asians (with an income of US$12,963). In fact, South Africa has one of the most unequal distributions of wealth and income in the world. Recent research indicates that 40 percent of the households with the lowest income in South Africa earn less than 6 percent of total income, while the 10 percent with the highest income earn more

The general population has high expectations of improvement in their quality of life, particularly concerning housing, education, healthcare, jobs and income. These expectations are the result of election promises by the ANC alliance, formalized in the so-called Reconstruction and Development Program (RDP). The RDP came into being as an ANC election document in the run-up to the 1994 election, and reflected the party's then dominant commitment to state intervention in the economy. According to the U.S. Department of State's Background Notes: South Africa, "The RDP was designed to create programs to improve the standard of living for the majority of the population by providing housing—a planned 1 million new homes in 5 years—basic services, education, and health care."

In 1996, as the government shifted to embrace free-market economic practices, it announced new plans to deal with poverty under a market-driven plan called Growth, Employment and Redistribution: A Macroeconomic Strategy. This plan took the a more market-based approach to economic improvement, using fiscal and trade policy to create jobs and lending less direct government aid to the impoverished.

I am doing a project about south Africa at School. I do understand your page but it's not exactly what im looking for. I want to find out how rich South Africa is. I would also like to find out about it's poverty for example the estamated amount of people in south Africa living in poverty and also what there living conditions etc. Are like.


Thank you very much if you can help sorry for the bother.
2
Kyle

Hello I am Kyle.

I am also doing a science project that requires information on the value of phosphate, and how it affects the wealth in South Africa.

Let me know if this can be answered, thank you.
3
success

i would like to find out what are some of the strategies that will be put by the south african government to reduce poverty in south africa?
4
molly

This sight has been very helpful but i would like to know about program where i could go and help some of these communities during my gap year.

please let me know if there are any.
5
France Z. Gwaza

The only good the entire world should be doing is to help South Africa find it's footing than blaming ANC or Macro strategic plan used to our economy . As we stand on the world today countries like GREECE AND THE WHOLE WORLD is fighting recovery from economic setbacks . But those good anti-South Africans are writing nothing about those countries or they are such blind that they cannot see European economy . The kind of this blindness reminds me of the soccer world cup(the best ever to be world-wide) good writers said it will never be of success as RSA happen to be world -class crime centre but are saying nothing about Olympic England to come now .
6
Tayla Cotton