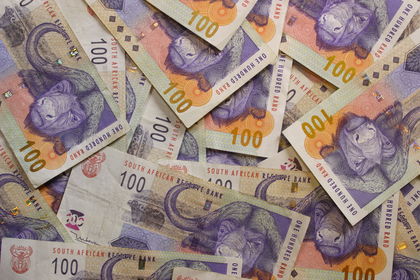 The South African rand was a very strong currency until the early 1980s. Due to political unrest the rand declined slowly but was controlled artificially by the government. After the first democratic elections in April

South Africa has one of the oldest stock exchanges in the world. The Johannesburg Stock Exchange (JSE) was established on 8 November 1887. The JSE provides a market where securities can be freely traded under a regulated procedure. It not only channels funds into the economy but also provides investors with returns on investments in the form of dividends. All buying and selling of stocks on the JSE is done via computer.