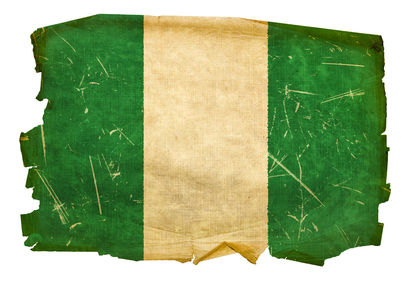 1861. King Dosumu of Lagos cedes the territory to Britain which becomes a British Crown colony.

1865. The British establish a consulate at Lokoja.

1887-1900. Various parts of what later became Nigeria are brought under British colonial rule as protectorates of Southern Nigeria and Northern Nigeria.

1903. The Sokoto-based Fulani Empire becomes part of the British Protectorate of Northern Nigeria.

1906. The colony of Lagos merges with the Protectorate of Southern Nigeria.

1922. The Clifford Constitution allows for Africans to be elected into the Legislative Council in Lagos.

1949. The Northern People's Congress is formed.

1954. The Lyttleton Constitution, establishing Nigeria as a federation of 3 regions—Eastern, Western, and Northern—goes into effect.

1959. Elections, in preparation for independence, are held; an NPC-NCNC coalition government is formed with Sir Abubakar as prime minister.

1967-70. Eastern Region declares independence as Republic of Biafra, precipitating Nigeria-Biafra War which ends January 1970 with the defeat of Biafra.

In between the military rule was the constitution suspended?