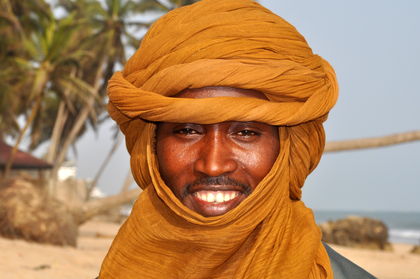 Living standards in Morocco are low by international standards and have declined continually since the early 1990s. As a result, the number of Moroccans living below the poverty line has risen sharply in the last decade. Although poverty levels dropped to 13 percent in 1991, some 19 percent of the population lived below the poverty line in 2000. Despite widespread poverty, uneven development has led to the emergence of an affluent class that

Poverty is more widespread in rural areas than in urban areas. Some 36 percent of Moroccans living in rural areas are poor, while poverty affects 24 percent of urban dwellers. Children under 15 are the most heavily impacted by poverty. Inequality in the distribution of wealth coincides with geographical regions. Historically, the Casablanca-Rabat axis has been more prosperous and has received more government attention than the predominantly mountainous northern provinces and the Western Sahara region. Although the latter region has received government attention since the 1990s because of its phosphate deposits, the northern provinces, which include the Rif Mountains, home to 6 million Moroccans, have been largely neglected. This region is a haven for the cultivation of cannabis. In 1998, the government launched a program to develop the northern region, largely with international help. Spain has shown particular interest in the development of the region, since its underdevelopment has fueled illegal immigration and drug trafficking across the Strait of Gibraltar.

The uneven development among Morocco's regions has also fueled a cycle of rural-urban migration that has shown no signs of slowing down. Currently, an estimated 60 percent of population live in urban areas, 35 percent higher than the urban population of 1971. Low standards of living have also forced many young Moroccans to seek employment opportunities abroad, especially in Spain and other parts of Europe.

Both Moroccan rural and urban poor have suffered from a long decline in the quality of social services, especially educational and medical. Despite this deterioration, 50 percent of primary-level students are enrolled in

schools, and a government-funded system insures that all Moroccans have access to adequate health care.

Although the government continues to subsidize basic consumer goods and health products, the middle and lower classes have seen their living standards erode since the 1980s. The government's awareness of the political implications in a complete lifting of subsidies has slowed down the pace of the implementation of IMF-mandated price deregulation.