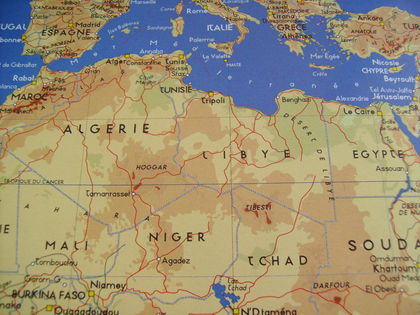 The northern half of Mali consists of desert, while the southern half is rain-fed land where most agriculture is undertaken without irrigation. Between these 2 areas lies the Sahel zone, where cultivation depends largely on the flooding of the river Niger which flows through the heart of the country, providing a vital waterway and source of fish. As the seasonal floods retreat, they leave behind pasture, on which thousands of livestock depend, desperate for food and water after a dry season lasting 8 months, as well as land for cultivation in an otherwise arid environment.

July 2000 estimates reported the population at 10.69 million, up from the April 1998 census figure of 9.79 million. The current rate of population growth is estimated at 3 percent per year, and this is particularly high, implying a fertility rate of 6.9 children per woman. Mali has a young population with only 3 percent estimated in 2000 to have been over 65 years while the 47 percent and 50 percent were under 15 years and between 15 and 65 years, respectively. Only 26 percent of the population lived in towns in 1998.

Mali has no territories or colonies.