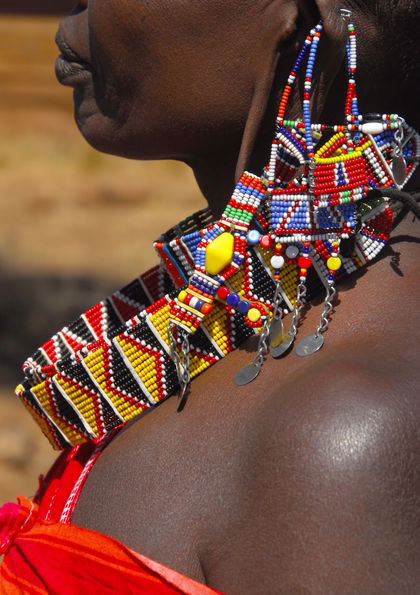 Kenya is a country characterized by abject poverty on the one hand and conspicuous wealth on the other. According to Miller and Yeager, the roots of inequality stem, in large part, from the colonial heritage that bestowed upon the nation highly unequal patterns of land tenure. Since the KANU regime has done very little to rectify the situation of land ownership in the post-independence era, a small segment of the population— now African instead of European—continues to own large tracts of land at the expense of the largely small-holding and landless peasantry. This landed elite, often absentee (having mangers run their estates so that they can live elsewhere) and centered in the urban centers, controls much of the industrial and commercial sectors. In addition to the elite landowners (though the groups are not always mutually exclusive), there exists a small class of politicians and parastatal managers that exercise extensive access to public resources. As Miller and Yeager assert, politics in Kenya are synonymous with the pursuit

of profit, and the Kenyan political elite is particularly notorious for its high degree of corruption.

David Himbara, author of Kenyan Capitalists, the State, and Development, observes that cutting across the axis of class inequality in Kenya is a second axis of ethnic inequality. Thus, throughout the Kenyatta era, a large portion of the political elite consisted of members of the Kikuyu ethnic group. Indeed, Himbara states that Kenyatta's policy of Africanization was in fact a policy of "Kikuyization." Since the beginning of the Moi era, however, the Kalenjin ethnic group has displaced the majority of the Kikuyus from the most senior echelons of state power.

In contrast to the tremendous wealth of the politically-and agriculturally-based economic elite, the vast majority of the Kenyan population lives in poverty. The United Nations Development Programme's (UNDP) human development index (HDI) listings, which arranges countries according to their overall level of human development, ranks Kenya 138th out of a total of 174 nations. The HDI, a composite index (one that assesses more than one variable) that measures life expectancy at birth, adult literacy rate, school enrollment ratio, and GDP per capita , is indicative of a country's general social and economic well-being. As such, Kenya's HDI ranking demonstrates that the country is considerably underdeveloped, though it does fare better than many of its sub-Saharan African neighbors.

The Kenyan government spends relatively little on health, though it does spend a considerable, albeit declining, amount on education. In 1998, for example, public expenditure on health and education as percentages of GDP respectively equaled 2.2 percent and 6.5 percent, as opposed to 1.7 percent and 7 percent in 1990. Comparatively, the United States spent 5.4 percent of GDP on education and 6.5 percent on health in 1998. The vast majority of Kenyans, for their part, spend their meager incomes on the basic necessities of life, such as food, rents, clothing, fuel, and transportation. As a result of a declining economy and a deepening of poverty, however, Kenyans consume less food calories on a daily basis then they did thirty years ago. In 1970, the average Kenyan consumed 2,187 calories per day, with this figure declining to 1,976 calories per day in 1997. Americans, in contrast, consumed on average 2,965 calories per day in 1970 and 3,699 calories per day in 1997. This is not surprising, considering the increase in the GNP per capita has been grossly outweighed by mounting inflation in the past 10 years. The UNDP estimates that the annual growth rate in GNP per capita between 1990 to 1998 was 0.3 percent, while the average annual rate of inflation during the same period was 10.6 percent.

Wealth of information which can be shared with communities to help review and act.