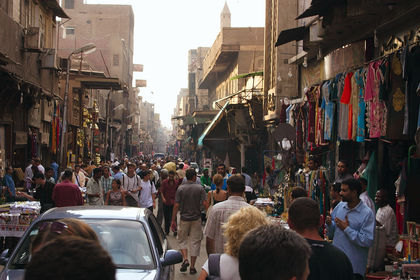 Egypt's labor force generally lacks secondary education and proper job training, which explains why much of the younger workforce cannot expect high pay. Despite higher rates of school enrollment since the 1960s, illiteracy is still high, at 35 percent for men and 58 percent for women. The educational sector remains overburdened and understaffed, and shortages in technical skills are viewed as a major impediment to business operations.

Unemployment remains especially high among women and workers under 20 years of age. The government is hard-pressed to meet its commitment to create

jobs for the thousands of university graduates entering the workforce every year, a major challenge since the 1980s. The average waiting period for a job in the public sector is estimated to be 11 years.

Egypt has a long tradition of trade unions. Workers' unions have existed in Egypt since the British mandate and, although repressed by the British government, workers routinely organized strikes to protest working conditions. By 2001, the workers' movement was less effective. Workers have the right to join trade unions, but are not required to do so by law. Some 27 percent of union members are state employees. There are 23 general industrial unions and some 1,855 local trade unions; all of them are required by law to be members of the Egyptian Trade Union Federation (ETUF). Although semi-independent, the ETUF maintains close ties with the ruling National Democratic Party and has traditionally avoided confrontations with the government. The close connection between the ETUF and the ruling party has meant less protection for state-sector employees, but the federation has been far more successful in bargaining on behalf of private sector employees.

The Egyptian government supports workers' rights promoted by the International Labor Organization (ILO) and has set conditions governing industrial and human relations and established minimum-wage standards. The 6-day, 42-hour working week is the standard. The government-mandated minimum wage in the public sector is approximately US$33 a month, although the actual income a worker takes home is triple that amount, due to a complex system of added benefits and bonuses. The minimum-wage law is also observed in the private sector. In addition, the government provides social security benefits that include a retirement pension and compensation for on-the-job injuries. Wages have increased steadily over the last few years and are expected to increase again, since the 2001-02 budget has allocated US$10 billion for public sector workers' salaries and bonuses. However, it is only recently that the rate of increase in public wages has exceeded the rate of inflation.

Egypt has had a history of child labor problems. Poverty has driven many children younger than the minimum working age of 14, to join the labor force. Official estimates indicate that children under the age of 14 make up 1.5 percent of the total labor force. The number, however, is believed to be much higher, and it remains difficult to gauge the real extent of the child labor problem. The majority of working children (78 percent) work in agriculture. Children are also employed in craft shops, as domestic servants, and in the construction industry. The problem of child labor is worsened by poor enforcement of the law and the inadequacy of the education system.

The current labor laws make it difficult for employers to dismiss workers. Despite the protection offered by unions and the labor laws, however, working conditions are not ideal. Workers do not have the right to strike, and although strikes occur, they are considered illegal. The abundance of available labor has meant that workers are generally underpaid and are usually forced to work in overcrowded and often unsafe conditions. Government health and safety standards are rarely enforced, resulting in many workers seeking extra income through a second job or work in the informal sector , perhaps as street vendors. Thousands of Egyptians also seek employment opportunities in other countries, mainly in the Arab Gulf region. According to the latest census by the Egyptian government, 1.9 million Egyptians live and work abroad, and their remittances are a major source of foreign currency.