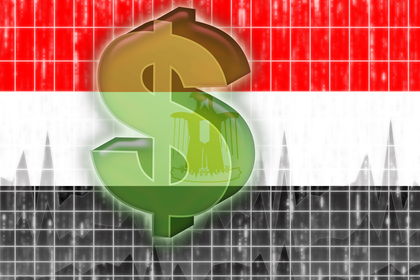 Egypt's economy improved dramatically in the 1990s as a result of several arrangements with the International Monetary Fund (IMF) and the move by several, mainly Arab, countries to relieve a large proportion of its debts. These decisions were primarily to reward Egypt for its stand with the U.S.-led coalition against Iraq in the 1990-91 Gulf War. Since that time, Egypt has managed to maintain positive growth rates. Inflation has been kept down, the country's budget deficit decreased, and its foreign reserves increased, while gross domestic product (GDP) has averaged annual growth of 4-5 percent. Despite the slow pace of privatization and new business law enactment mandated by the IMF reform program, the country has succeeded in attracting foreign investment by moving towards a market-based economy. Having successfully stabilized the economy since 1995, the government embarked on a privatization plan in 1997 aimed at expanding the role of the private sector .

In spite of this considerable economic progress, the Egyptian government continues to face serious challenges. Egypt's economic growth has slowed down since 1998, partly due to the economic crisis in Asia, but also as a result of huge government investment in large-scale infrastructure projects. The recession that affected Gulf economies in 1998 and 1999 also impacted Egypt's economy, with lower oil prices causing a drop in remittances —traditionally a major source of foreign currency—sent home by Egyptian workers in the Gulf region. Tourism receipts also fell in reaction to the wave of terrorist acts waged by Islamic militants in Egypt, thus causing a further decline in the levels of foreign exchange. The government's reluctance to relinquish its shares in state enterprises has further contributed to the slowdown in the Egyptian economy since 1998. Little progress has been made in deregulating the largely state-run economy, or in bringing about legislative reforms and structural overhaul, ranging from tariff reduction to wholesale reform of the collapsing education system.

Egypt entered the twentieth century as a British protectorate, heavily dependent on agriculture—mainly cotton production—which accounted for 90 percent of its exports in 1914. The British fostered the development of a small industrial base, mainly concerned with processing raw materials, but further industrial development was stifled by a British trade policy that focused on selling British products at the expense of local goods. Although Egypt was granted independence in 1922, Britain continued to control the country in an alliance with the Egyptian monarchy until 1952, when a group of young army officers overthrew King Farouk. In 1954, Gamal Abdel Nasser ousted the first president Muhammad Maguib and became a popular and influential leader.

Since gaining independence from Britain, Egypt has struggled to rid itself of the feudal economic system left behind by the British and to create an independent economy capable of standing on its own. By the end of the twentieth century, Egypt had not yet achieved a vibrant economy and remained heavily dependent on foreign aid and imported goods.

Today, Egypt is primarily a free-market economy with some state control. Despite occasional outbreaks of political violence, it has a reasonably stable multiparty system and is strongly supported by the United States and the European Union. The economy's main exports are crude oil and petroleum products, cotton, textiles, metal products, and chemicals. Agriculture today accounts for 17 percent of GDP, industry for another 32 percent, while the services sector provides 51 percent.

Egypt is the world's largest exporter of cotton and its textile industry is large. Other industries include the production of cement, iron and steel, chemicals, fertilizers, rubber products, refined sugar, tobacco, canned foods, cottonseed oil, small metal products, shoes, and furniture. Although the agriculture sector continues to employ almost one-third of the workforce , most of the arable land is used to cultivate cotton, and Egypt must import about half of its food requirements. Unemployment in 1998 was reported at 20 percent, and the income disparity between the highest and lowest strata of society remains high. By contrast, unemployment in the United States in 1999 was just 4.2 percent.

Since the 1950s, foreign aid has played a major role in Egypt's development processes. As a socialist country, Egypt received much financial and military assistance from the former Soviet Union between 1952 and 1970, but this ended in the 1970s after Egypt signed a peace treaty with Israel. Following Egypt's defeat in the 1967 war with Israel, the Arab states of Kuwait, Saudi Arabia, and Libya provided Egypt with US$221 million annually, increasing to a total of US$1 billion annually between 1973-1979. Arab support, mainly from the Gulf states, was frozen in 1979 because of Arab opposition to Egypt's 1978 peace treaty with Israel.

From 1979, the United States emerged as Egypt's main source of economic aid. This was seen, in large part, as a reward for Egypt's warmer attitude toward Israel, as well as to assist the country in meeting the demands of the extreme economic and political challenges it was facing. Between 1979 and 1998, Egypt received US$815 million annually from the United States. Since 1999, the level of U.S. aid has gradually decreased, reaching US$727 million in 2000 and US$695 million in 2001. Aid levels are expected to decrease further, to US$400 million over a 10-year period. U.S. aid to Egypt has come in the form of development assistance for infrastructure programs, job creation, education, democracy and governance, and in incentives for enlarging the private sector.

Arab aid to Egypt resumed in 1987 with the restoration of diplomatic relations. In 1990, Egypt was rewarded for its pro-Kuwait stand during the Gulf War with the write-off of its US$7 billion in debt to the United States. Although support from Arab sources has declined since the end of the Gulf War in 1991, U.S. and European aid has increased in support of the Euro-Med free-trade zone , to be set up by the year 2010.

According to the U.S. State Department Country Commercial Guide for 2001, government bureaucracy is a major impediment to the conduct of business in Egypt. Red tape permeates all government ministries and the commercial court system. Corruption is also widespread at all levels of the public sector , largely as a result of low wages and difficult living conditions.