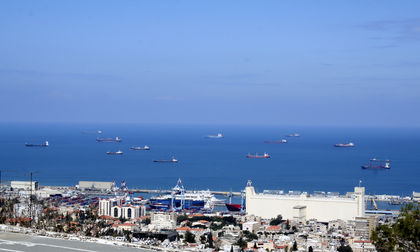 Egypt's economy is the second largest in the Arab world (after Saudi Arabia) and its economic sectors reflect its size. The service sector is by the far the largest and fastest-growing economic sector and accounts for almost 51 percent of GDP. Tourism, trade, banking, and shipping services on the Suez Canal constitute the main sources of service sector revenue. Both tourism and the Suez Canal were hit hard by Islamic violence in the 1990s, with tourism in particular suffering badly after the 1997 Luxor attack, in which 58 foreigners were killed by Islamic militants. The massacre is estimated to have cost the tourism sector 50 percent of its annual US$3.7 billion revenues in 1998, when foreign visitors stayed away from the country. The government has moved to aggressive promotion of domestic tourism to compensate for the loss of foreign tourism, and managed to restore more than 60 percent of the pre-1997 tourist traffic by late

1999. The sector's performance improved dramatically in the first 2 quarters of 2000, growing by 43 percent on the previous year. The prospects of recovery in the Suez Canal sector, however, have been less promising, with growth in that area rather slow, despite government plans to revive it.

Industry is the second-largest economic sector in Egypt, and accounted for 32 percent of GDP in 1999. Some 13 percent of the total labor force is employed in industrial activity, which is concentrated in Cairo and the Nile delta. Major industries include the production of petroleum and petroleum products, accounting for roughly 7 percent of GDP and providing a major source of foreign currency. The sector's contribution is heavily dependent on the performance of the world's oil markets, and fluctuates accordingly. The growth in domestic energy demands in the 1990s has placed constraints on Egypt's petroleum exports, leading to a downturn in net revenues. The construction industry has become one of the fastest-growing sectors of the economy, thanks in large part to huge government infrastructure and modernization projects. Overall, the industrial sector's contribution has increased as a result of the government's efforts towards privatization.

Even though arable land accounts for only 3 percent of the country's overall land area, agriculture remains one of the most important sectors of the economy, employing roughly 40 percent of the labor force. However, agriculture's contribution to GDP declined from 20 percent in 1986-87 to 17 percent in 1999, and the number of workers in the sector decreased steadily during the 1990s.

Haha, shouldn't you be chraigng for that kind of knowledge?!
2
Nihadelm

Hi
I need the percentage of contribution of the construction industry in Egypt in the GDP per year.
3
Mohammed

Hi
I need any one to help me.
I want to make presentation about the Economy of Egypt.
So, my teacher told me to write outline and notes for thies topic.
I can't do that.
so, I need for help.