Congo, Democratic Republic of The - Overview of economy 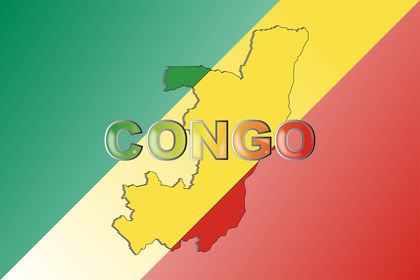 The Democratic Republic of Congo (DRC, or the Congo) is a nation rich in natural resources, including diamonds, cobalt, and copper. The DRC also has vast onshore oil reserves which it has yet to exploit. Despite its potential wealth, however, the Congo's economy has drastically declined since the 1950s. Prior to a bitter war in 1998, the Congolese government had tightened fiscal policy and managed to curb the country's runaway inflation and the drastic depreciation of its currency. Most recently, however, those gains have been erased

as a result of the war that began in the summer of 1998. The Congo's economic plight is exacerbated by the reduction of foreign business operations as a result of the war. The war, however, is not the only reason for the Congo's economic woes. The country's poor infrastructure , inoperative legal system, corruption, and lack of openness in economic policy and financial operations continue to be further obstacles to investment and growth. Although there have been a number of meetings between the Congolese government and the International Monetary Fund (IMF) and the World Bank to develop a coherent economic plan, most reforms are on hold.

During the Cold War, the Congo (then known as Zaire) was a key figure in the United States' African policy because of its strategic location in the center of the continent. Approximately half of all U.S. aid designated for Africa went to Zaire. Under the dictatorship of Mobutu Sese Seko, who controlled the country for more than 35 years, widespread corruption blossomed and the diversion of public resources for personal gain hindered economic growth. The United States supported Mobutu from the 1960s until 1990. After the collapse of the Soviet Union in 1989, however, the Congo declined in importance in U.S. policy and U.S. financial backing was greatly reduced.

Mobutu's regime began to crumble following the collapse of the Soviet Union in 1989. Not only did the United States withdraw aid, but the Congo fared no better with the World Bank and the International Monetary Fund (IMF). Both international aid organizations cut off aid to the Congo in early 1990. As a result, the country was incapable of servicing its external debt and by 1993 both the IMF and the World Bank suspended the country's borrowing rights. Further compounding the Congo's economic malaise was the promulgation (to make known by open declaration) of a new currency, the "new zaire." The new zaire was not only overvalued against foreign currencies, but inflation rose to a dizzying 9,000 percent by early 1994. In 1993, 5 new zaires could buy a British pound. Four years later, it took 200,000 new zaires to buy 1 pound. In 1997, following Mobutu's removal, a new currency called the France Congolese was introduced, but it too faced real instability. There were, in the late 1990s, many informal exchange rates in the country, and the only currencies of real value came from outside the country.

In May 1997 Laurent Kabila, an unknown rebel supported by Rwanda and Uganda, toppled the Mobutu regime. As the head of the Alliance des Forces Démocratiques pour la Libération du Congo-Zaire (AFDL), Kabila renamed the country the Democratic Republic of Congo and made attempts to reform the tax system and the police force, and repair the decrepit road system. Unfortunately, President Kabila's attempts were too little and came too late to solve the Congo's economic and social problems.

By August 1998 the coalition of armed militias which had supported Kabila fell apart, plunging the nation into a bloody war that further damaged an already broken economy. Warring forces with ethnic ties to Uganda and Rwanda soon brought these and most of the remainder of Congo's neighbors into the conflict. Much of eastern Congo was a battleground for warring forces from these surrounding nations, some of whom are fighting against each other on Congolese soil. The country is now divided into regions under rebel control and regions ruled by the Kabila regime. Commerce between these regions has come to a halt.

In January of 2001 Laurent Kabila was assassinated by one of his bodyguards, but his son, Joseph Kabila, stepped in to continue his father's disastrous regime. Joseph Kabila has suggested that he would like to liberalize the economy, and hopes to capitalize on diminished fighting within the country. However, he has inherited a country whose major economic engines—the mining companies—are held by powerful government-run agencies to whom Kabila owes his political power. Bringing these companies back into private hands, and bringing anything like normal economic order back to this shattered country, will be Kabila's great challenge.