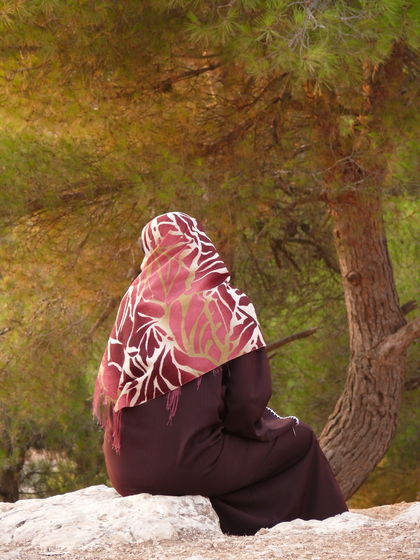 In the first 2 decades after independence, the government of Algeria made impressive gains in terms of raising living standards in the country by creating employment opportunities in the public sector and extending social benefits. However, the country's declining economic conditions since the 1980s, brought about by falling oil prices and years of inefficient state control, have had serious implications for the living standards of Algerians. High unemployment and inflation rates since the 1980s have led to a sharp increase in the incidence of poverty in the country. Between 1988 and 1995, the percentage of the population below the poverty line increased from 8 percent to 14 percent. According to the EIU Country Profile for 2000-01, GDP per capita in 1994 dropped by 2.5 percent over the preceding decade. While unemployment and poverty figures rose sharply in urban areas, the countryside was more seriously affected; almost 70 percent of the poor live in rural areas. Unemployment is especially serious among younger, unskilled workers.

Despite widespread poverty, however, uneven development has led to the emergence of an affluent class that controls most of the country's wealth, enjoying an elevated standard of living and visiting shopping centers featuring the best imported goods. Living in the suburbs of Algiers and Oran, the wealthy send their children to private schools and universities abroad. Yet not far from these affluent neighborhoods, a significant number of poor Algerians live in squalor, with poor and overcrowded housing, limited food supplies, and inadequate access to clean water, good quality health care, or education. The extremes are reflected in the country's distribution of income: in 1996, the wealthiest 20 percent of Algerians controlled 42.6 percent of the country's wealth, while the poorest 20 percent controlled only 7 percent of wealth. This uneven distribution of income has been exacerbated by chronic housing shortages, which have given rise to poor shantytowns in most cities. These shortages have been the result of high population growth rates and decades of rural-urban migration. This has prompted the government since the early 1980s to shift

its spending priorities to address the housing shortages by constructing subsidized housing units and prefabricated houses at moderate cost.

The decline in living standards in Algeria continued throughout the 1990s, as the government embarked on a structural reform program to reverse economic decline, and as subsidies of basic foodstuffs were lifted. Unemployment numbers also continued to rise, standing at 2.3 million in 1999, and representing about 25 percent of the labor force, according to official estimates. Another 10 percent of the labor force is believed to be underemployed .

Algeria's mounting economic difficulties fueled public discontent that culminated in the Islamic rebellion against the state that began in 1991. The military's decision to abort the electoral process led to the unraveling of what little political consensus and national unity once existed. The FLN had been discredited both by its inability to defeat the Islamists at the polls and by its failure to manage the country's relatively rich economic resources. In the absence of viable secular parties, the Islamists claimed to represent the voice of the people.

May Allah give wisdom and brain to Muslim rulers... SHAHID
2
toufik.a

You have stated all the negative aspect of algeria. How about the economic transformation and the wealth which the algerian people live today.such as the construction of one million accomodations. The devellopment of the agriculurat sector as well as the restructure of the financial sector. Algeria now is known for it's money reserve as well as it's economic success. Write something positive about the country.
3
azzedine

that is the truth , what happening in Algeria is uneven wealth distribution. every one think to take his stake and does not care about the country.
4
Warz

I have lived all my life in Algeria.I witness that all what's written above about the economical situation of the country is correct and credible.That was about the period of late 80's and late 90's.The situation now is not much better and the gap between rich and poor is huge.Country is rich in resources but only very few enjoy the richness.