Karimov reached a top leadership position in 1989. When Rafik Nishanov, head of the Uzbek Communist Party, became chairman of the upper chamber of the newly restructured USSR Supreme Soviet in the spring of 1989, Karimov, who had not been implicated in the corruption scandals of the Rashidov era, was selected to replace him as Uzbek Party first secretary, the de facto leader of Uzbekistan. This brought with it full membership in the Communist Party of the Soviet Union (CPSU) Central Committee and its Politburo in 1990. He orchestrated the election of the Uzbek Supreme Soviet in February 1990, forbidding the Birlik movement from fielding candidates, so that in many constituencies Uzbek Communist Party (UCP) candidates ran unopposed. Upon convening, this Supreme Soviet named Karimov to the new post of president. In November 1991, the UCP renamed itself the People's Democratic Party of Uzbekistan (PDP), retaining Karimov as its head. (He remained its head until he resigned in June 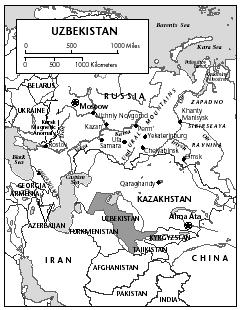 1996, arguing that as president he should be above partisanship.) In November 1991, he restructured the Council of Ministers as a Cabinet of Ministers directly under the president. Karimov completed his consolidation of power in December 1991 by winning the presidency of Uzbekistan in a popular election. According to official results, 94% of eligible voters participated and 86% of those voted for Karimov, while opposition Erk Party candidate Mohammed Solikh received 12%. Birlik had been refused registration so was unable to field a candidate. International observers found widespread election fraud by government officials.