Tony Blair's first attempt to gain a seat in Parliament was unsuccessful. He was defeated in the traditionally conservative district of Beaconsfield, west of London, in 1982. Though this seat was considered unwinnable for a Labour candidate, Blair impressed several leaders by his ambition, dedication, and intelligence during the campaign. He was chosen to stand for elections in Sedgefield, near Durham, and gained the seat in 1983. After becoming a member of Parliament (MP), Blair's rise to power occurred rapidly. Some observers have stated that his "intelligence, energy, charm, and discipline" helped to propel him through the ranks of the Labour Party.

During Labour's years as an opposition party, Blair was promoted to the treasury front bench in 1985, and in 1987 became spokesman on trade and industry, with special responsibility for consumer affairs and the city of London. He was promoted to the shadow cabinet in 1988 as shadow secretary of state for energy. In the following year, he was 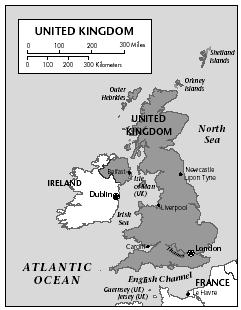 made shadow secretary of state for employment, and in 1992, he was appointed to the important post of shadow home secretary.