Perry Gladstone Christie was born on 21 August 1943 in Nassau. He is the eldest son of Gladstone L. Christie, a taxi owner, and Naomi (nee Allen) Christie, a nurse, both of whom are deceased. He attended the Eastern Senior School in New Providence, and was dismissed from school when he fell behind in his work. He went on to attend the University Tutorial College in London, Inner Temple and the University of Birmingham, UK, from which he earned an L.L.B degree with honors in 1969. He distinguished himself as chairman of the University's Debating Society. He began practice with the law firm McKinney Bancroft and Hughes, setting up his own practice, Christie Ingraham and Company, which became Christie Davis and Company. His law partner, Hubert Ingraham, leader of the Free National Movement, was prime minister from 1992 until he was defeated by the PLP in the elections of 2002.

Christie is a founding member of the Valley Boys (the "valley" refers to an area surrounded by the Centerville, Hawkin, and Sears Addition hills), an organization noted for its entries in the annual Junkanoo parades. He was also a founding member of the Pioneers Sporting Club. As a young man, Christie was an accomplished track and field athlete; he 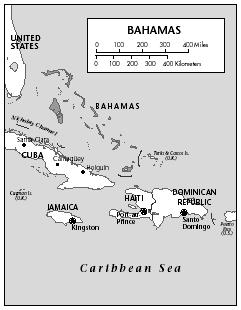 represented the Bahamas at the 1960 West Indies Federation Games in Kingston, Jamaica, and at the Central American and Caribbean Games in Kingston in 1962, when he won a bronze medal in the triple jump. In recognition of his political leadership, he was presented with the Trumpet Award's Global Hero Award in 2003 for his "demonstrated commitment to the progress and development of his people and nation throughout his 30-year political career." An Anglican, he is married to the former Bernadette Hanna, a chartered accountant and attorney-at-law; the couple has two sons, Steffan and Adam, and a daughter, Alexandra. He enjoys gardening.