Thaksin Shinawatra was born 26 July 1949 into a wealthy Chinese-Thai family in Chiang Mai Province, in the north of Thailand. He studied law enforcement in school, graduating from the Police Cadet Academy of Thailand in 1973. He joined the Royal Thai Police Department in 1973 and took an extended leave to continue his studies in the United States. He then traveled to the United States where he earned a master's degree in criminal justice from Eastern Kentucky University(1975), followed by a doctorate in the same field from Sam Houston State University in Texas (1978). Upon his return to Thailand, Thaksin continued serving with the police and by 1983, he was a lieutenant colonel. In 1983, he left the force and with family money began a business distributing movies. 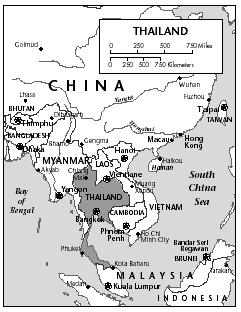 From there he moved into computers and telecommunications, establishing the Shinawatra Computer and Communications Group, where he built a substantial fortune, making him one of the 50 wealthiest men in Asia and the richest person in Thailand. He controls several companies in a variety of technology industries.