Ralph Gonsalves was born 8 August 1946, the grandson of indentured Portuguese immigrants. In 1969 he earned a bachelor's degree in economics from University of the West Indies, from which he then earned a masters degree in government in 1971. In 1974, he earned a Ph.D. from the Victoria University of Manchester, United Kingdom. He also earned a law degree in the UK in 1981. Before entering politics, Gonsalves held various academic posts, his first 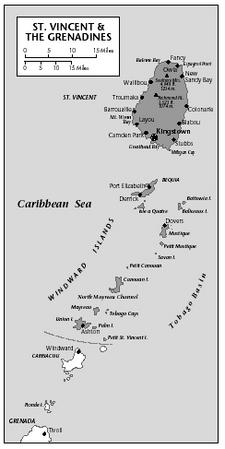 being at the University of the West Indies in 1976. He then held a post as a visiting professor at Queens College in New York City, United States. He has published on a range of issues, including trade unionism and political economy in the Caribbean and Africa. Gonsalves was first elected to Parliament in 1994, as a member of the ULP. He was appointed head of the ULP in 1998, serving as leader of the opposition from 1999 until the ULP's elevation to ruling party in 2001. He is married and has five children, three sons and two daughters.