Throughout his youth, Thabo Mbeki was groomed for leadership within the ANC under the tutelage of Oliver Tambo. Regarded as a brilliant political strategist and a man dedicated to hard work, Mbeki rose through the party ranks rapidly, serving in Swaziland and Nigeria to establish ANC branch offices and to build support abroad. In 1978, when he returned to the ANC headquarters in Lusaka, Zambia, Mbeki became the political secretary in the office of its president, Oliver Tambo. He was later promoted to director of information. Through repeated trips abroad, Mbeki polished his diplomatic skills by meeting with foreign dignitaries and business leaders. In 1985, Mbeki became a member of the National Executive Committee (NEC) of the ANC.

During the 1980s, he spearheaded a campaign to involve more white South Africans in anti-apartheid activities, including a meeting between the ANC and influential Afrikaners from the Institute for a Democratic Alternative for South Africa in 1987 at Dakar, Senegal. He emerged as the 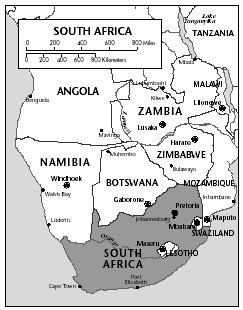 primary public relations spokesperson and diplomat of the ANC. In 1989, he headed the group's international affairs department and participated in secret talks with the South African government for legalization of the ANC and release of political prisoners, including Nelson Mandela.

Mbeki returned to South Africa in 1990 when the ban on the ANC was lifted. He emerged as a key figure in negotiating the rules for South Africa's first all-race elections, the content of an interim Constitution, and the transition to majority rule. Upon Mandela's election to the South African presidency in 1994, Mbeki was appointed deputy president of the Government of National Unity. As Mandela aged and decided not to run for another presidential term, Mbeki began to perform presidential duties with Mandela's blessing. On 18 December 1997, he was elected president of the ANC and received Mandela's support during the 2 June 1999 elections. The ANC won, virtually assuring Mbeki's election as president. He was inaugurated on 16 June 1999 in an elaborate ceremony with 60,000 spectators and dignitaries from 30 countries.