Two main factors propelled Goh through the ranks of the PAP in the 1970s and 1980s: his effectiveness as a technocrat and the belief that Singapore needed to develop a younger generation of leaders. After serving as an administrative officer in the economics planning unit of the government, he became managing director of the Neptune Orient Lines. The success of this shipping company attracted the attention of Finance Minister Hon Sui Sen. Hon convinced the 35-year-old Goh to run for Parliament in the 1976 general election as a member of PAP. Despite his lack of political experience, by 1979, Goh was already the trade and industry minister and the PAP's second assistant secretary general, with important election responsibilities. 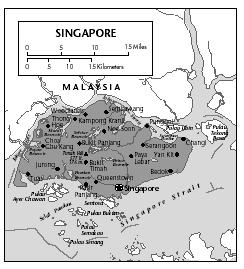 In the early 1980s Goh held various cabinet posts in the health and defense ministries. He also chaired PAP campaigns in the 1981 by-election and the 1984 general election—in which opposition party candidates won seats in Parliament for the first time in over a decade. Despite this setback, the PAP leadership continued to groom him for higher positions, and Goh was made first deputy prime minister and minister for defense after the 1984 election. Goh was now formally in line to succeed Prime Minister Lee Kuan Yew, and took over many of the day-to-day responsibilities of running the government. When Lee relinquished the premiership in November 1990, he chose Goh to replace him. Goh thus became the second prime minister in Singapore's history. He works with President Sellapan Ramanathan (S.R. Nathan), who has been president since 1999.