René has ruled for 25 years with a mix of populism, paternalism, and power. His cabinet and party lieutenants call him "The Boss." In 1979, René installed a new Constitution that placed all political power in the hands of the SPUP (renamed the Seychelles People's Progressive Front or SPPF), setting up a single-party state. Under the terms of the 1979 Constitution, he was reelected in 1984 and again in 1989.

International pressure forced the elaboration of a new Constitution in 1993. Multi-party elections were held and won by René and his party. In January 1998, sensing a shift in political sentiment towards the opposition, René surprised his opponents by calling early elections for March 22, which gave him his second of three possible consecutive five year terms allowed by the 1993 Constitution. René received 66.7% of the vote to 19.5% for Wavel Ramkalawan of the United Opposition Party and to 13.8% for Mancham of the Democratic Party. The United Opposition Party's election platform called for greater equity in representation and criticism of the SPPF's use of state welfare programs to generate electoral support. The United Opposition Party replaced the Democratic Party as the primary party of opposition, and despite his large margin of victory, popular support for René and the SPPF appeared to be in decline.

In an attempt to convince investors of Seychelles' stability, René called presidential elections two years early for 31 August 2001. Winning only 54.19% of the vote, the erosion of his popularity was confirmed. Ramkalawan running as the Seychelles National Party (SNP) candidate obtained 44.95%. Alleging fraud, Ramkalawan appealed to the Constitutional Court to nullify the ballot, but was rejected. In parliamentary elections in December 2002, the SPPF saw its majority narrowed considerably, winning 23 seats against 11 seats for the SNP leaving the SPPF one vote short of a two-thirds majority.

Earlier rumors about the ill health of René now appear unfounded, but the transfer of power from René to his vice president, James Michel, is likely to remain unaffected. 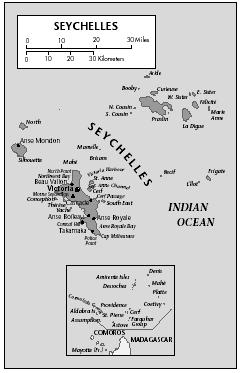 Although cronyism and nepotism in René's government have long fueled a growing skepticism about René and the SPPF, voters seem to prefer the 'devil they know' to the one they do not.