In 1989 the MLSTP endorsed a plan for a new Constitution, which guaranteed multi-party elections, universal suffrage, and freedom of the press. Pinto da Costa agreed to step down from office and was replaced as MLSTP head by Dr. Carlos da Graca, who had returned from exile in Gabon. The party also merged with an opposition group, the Partido Social Democratica (PSD), to form the MLSTP-PSD. In the 1990 elections 72% of the population voted to accept a new Constitution. In the new system legislative power is vested in a national assembly, which comprises 55 members elected for four years. While executive powers are invested in the government, the president, who is elected to a term of five years, is nominally head of the armed forces and in charge of foreign affairs. The Constitution also limits the president to two successive terms. The government is headed by the prime minister, who has both executive and administrative duties.

The 1990 Constitution, however, suffers from a vague separation of powers, and contains two conflicting methods for the appointment of the prime minister. Under one clause, 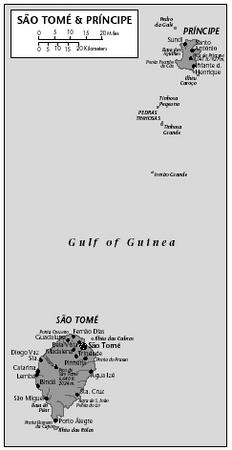 the president retains the right to appoint the prime minister. Another clause states that the prime minister should be selected by the party that wins a majority in the elections to the National Assembly, held every four years. This structural contradiction has resulted in considerable political instability since 1991, and has been blamed for frequent government changes (seven since the introduction of a multi-party system), delays and/or blockage of many of the major political and economic decisions, including the privatization of public companies. The 1996–98 coalition government proposed a revision of the 1990 Constitution to clarify and curb the president's powers, which yielded no results. In January 2003, de Menezes dissolved and then revoked the decision to dissolve the National Assembly over proposed constitutional changes that would have weakened the presidency. A supreme court holds judicial authority and is responsible only to the National Assembly.

Also read article about São TomÉ and Príncipe from Wikipedia