Ion Iliescu was born on 3 March 1930 in Oltentia, a provincial town in the south of the country. He traveled to Bucharest for high school and studied engineering in college, earning degrees from Bucharest's Polytechnic University and Moscow's Institute for Energy. In 1955, he returned to Romania and worked in various jobs within government bureaus dealing with energy and engineering. During this period Iliescu joined the Communist Party of Romania, then 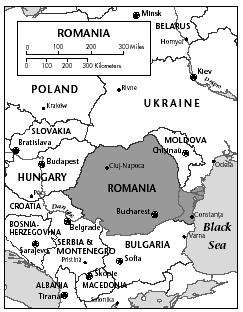 one of the most liberal in the Eastern Bloc. In 1967, he was appointed minister of youth of the Communist Party, a position he held until 1971, when he was elevated to become secretary of the Central Committee, perhaps the second-most-powerful position in the ruling party. He held this post only briefly and afterwards served the party in the local districts of Timis and Iasi. Iliescu married in 1951. His wife, Elana, is an engineer, specializing in metal corrosion.