Kwasniewski entered Parliament after the October 1991 elections. He served on the foreign affairs, economic policy, and budget and finance committees in the Sejm. After the 1993 elections, he chaired the parliamentary club of the Democratic Left Alliance (SLD) coalition. In November 1993, he became chairman of the Constitutional Committee of the National Assembly (comprising both the Sejm and Senate) which was charged with drafting the new constitution.

Going into the presidential elections in November 1995, public opinion polls showed Kwasniewski was a strong favorite to win, although incumbent President Walesa experienced a last-minute surge in public support. Kwasniewski's campaign slogan, "let's choose the future," contrasted with Walesa's attempts to rally against Poland's Communist past. In a televised debate, Kwasniewski charged that Walesa was "a man of the past." In the first round, Kwasniewski won 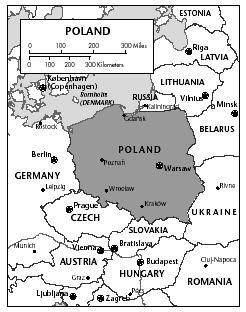 In the 1997 parliamentary elections, the right-of-center Solidarity Electoral Action (AWS), a loose alliance of over 40 parties, defeated the Democratic Left Alliance, the excommunists who governed the country through four years of economic growth. They went into opposition, and Kwasniewski was forced to cohabit with a coalition government centered around the AWS; they chose Jerzy Buzek as prime minister. The prime minister runs the government—the president has a powerful veto power (which after the implementation of the 1997 constitution can only be overruled by 3/5 of Parliament), is head of the armed forces, and has the power of appointment. A partner in the center-right coalition was the socially and economically liberal Freedom Union (UW), with Leszek Balcerowicz as its leader, the architect of the post-1990 economic reforms.

In the 2000 campaign, twelve candidates challenged Kwasniewski. Walesa was running again, but his support was seriously low at 4% in April 2000, and 2% among Solidarity people. He was seen as a figure of the past who should retire and preserve his dignity. The AWS put its support behind Marian Krzaklewski, seen to be a man working behind the scenes in the Solidarity camp, but without the telegenic qualities needed for a Polish president in the twenty-first century. Another candidate was Andrzej Olechowski, an economist and former state statistician who admitted to working for the Communist secret police. He had the support of many intellectuals, businessmen, and the youth.

In August 2000, before the October presidential election, both Kwasniewski and Walesa were cleared of charges of having spied for the secret police, due to lack of evidence. In the election of 8 October, Kwasniewski won 53.9% of the vote, Olechowski 17.3%, Krzaklewski 15.6%, and Walesa with an extremely disappointing finish at 1%. Kwasniewski's win was seen as a win for the left-wing opposition.

In the 2001 parliamentary elections, Leszek Miller, another ex-Communist, formed a government of the center-left and became prime minister, as the Democratic Left Alliance won a landslide victory. Miller said that Poland would have to turn its geographical position between Russia and Germany, which in the past was "a curse," into "a great opportunity."