When Raúl Cubas was inaugurated on 15 August 1998, the Colorado Party was deeply divided between supporters of Oviedo (voodooists) and his detractors. The split represented a division between those seeking a more democratic governance for Paraguay and those still wedded to the strong-man form of governance under former dictator Stroessner. Three days after his inauguration, Cubas commuted Oviedo's sentence, provoking a national uproar and infuriating many within the Colorado Party. Immediately, key leaders from all four political parties called for his impeachment. Although the Supreme Court annulled Cubas's decision, he defied the ruling and refused to return Oviedo to prison. The political crisis continued to brew over the next several months, with little evidence of resolution. In late March 1999, weeks before the legislature was set to launch impeachment proceedings, 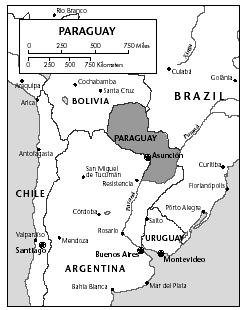 Vice President Luis Maria Organa, who would have succeeded Cubas, was assassinated. Oviedo and Cubas were widely blamed for Organa's death. Demonstrations and rioting broke out on the streets of the capital city of Asunción, and sniper fire killed five and injured hundreds.

Invoking the "democratic clause" in the Mercosur treaty—which requires member countries to be practicing democracies—representatives from Brazil, Argentina, and Uruguay, as well as Germany and the United States, stepped in to resolve the crisis. The international delegation joined representatives of Paraguay's political parties and the Roman Catholic Church to negotiate a peaceful settlement. On 28 March 1999, Cubas resigned and the Paraguayan legislature installed Luis González Macchi, president of the Senate and next in the line of succession, as the country's new president. Cubas was exiled to Brazil, joining former dictator Stroessner; Oviedo went to Argentina.