General Pervez Musharraf was a most unlikely leader of a political coup d'état. Apparently without political ambitions, he was appointed as Pakistan's chief of army staff by the then-prime minister, Nawaz Sharif, over the heads of two senior generals to replace General Jehangir Karamat, who had publicly criticized the government's political and economic policies. Musharraf was known for his integrity and highly regarded within the Pakistani army.

Nawaz Sharif, meanwhile, was busy consolidating his political position. Constitutional reforms placed many of the president's former powers in the hands of the prime minister. He used new "anti-terrorist" laws to stifle political opponents and limit free speech. His sudden conversion to "Islamic government" was seen by many as a prelude to the imposition of dictatorial rule in the name of Islam. Moreover, as the Pakistani economy worsened, with unemployment, inflation, and prices spiraling upwards, Nawaz Sharif and his political supporters were widely seen to be lining their pockets. Within the army, there were concerns over Nawaz 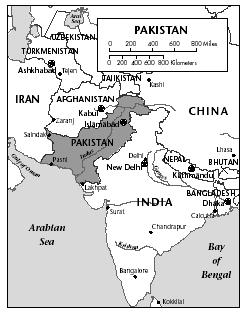 Sharif's increasing reliance on the United States. There was resentment in military circles that Nawaz Sharif ordered the withdrawal from Kargil under U.S. pressure. There were also fears that Sharif had secretly negotiated a settlement over Kashmir with U.S. help, and was ready to unilaterally sign the Comprehensive Nuclear Test Ban Treaty in exchange for economic aid.

Distrustful of his army chief, Nawaz Sharif made plans to replace him with General Khwaja Ziauddin, head of the powerful Inter-Services Intelligence Agency and an officer loyal to Sharif. On 12 October 1999, while Musharraf was returning from a visit to Sri Lanka, Sharif announced his dismissal and ordered his arrest. When the general's plane, a commercial Pakistan International Airlines flight with civilians on board, arrived at Karachi airport, it was denied permission to land. Military intelligence, however, had warned Musharraf of Nawaz Sharif's intentions and he had made his own plans. Troops loyal to Musharraf seized the airport, and the general's plane landed with reportedly only seven minutes of fuel remaining. The army assumed power in a bloodless coup with General Musharraf becoming the chief executive of Pakistan.

Musharraf promised to lead only a transitional government whose main priority would be to rid the ruling elite of corruption and prepare the country for renewed multiparty democracy within four years. Still, the extra-constitutional taking of power caused international outcry, particularly from Britain and other members of the Commonwealth, of which Pakistan is a member. On 20 June 2001, Musharraf appointed himself president of Pakistan while remaining head of the army. In March 2002, Musharraf called for a referendum extending his rule for an additional five years. Political opponents, particularly Islamic parties, decried the idea and refused to participate in the referendum, which was held on 30 April 2002 and offered voters the option of voting "yes" or "no." Yes won by a wide margin, as was expected. There were no international monitors of the referendum. Musharraf called for parliamentary elections to be held on 10 October 2002. However, in August 2002, Musharraf unilaterally implemented 29 amendments to the constitution, granting himself the power to dissolve parliament and remove the prime minister, among other powers.