In the 1980s, encouraged by Mexican politician Manuel Clothier Corner, Fox joined the PAN, a party made up primarily of conservative Roman Catholic businessmen and industrialists who objected to the leftist policies of that had been advanced in the late 1930s by President Lazaro Cárdenas. Cárdenas's term (1934–40) was characterized by land redistribution, formation of labor unions, extension of education to rural areas, and expropriation of foreign-owned (mostly U.S.) petroleum holdings. By 1988, Fox decided to 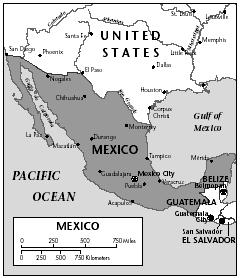 become a candidate for National Congress; he won election to the Chamber of Deputies from the third district of Léon, Guanajuato, where he focused his energies on agriculture policy, the primary concern of his constituents. To help inform the general public about agro-business in Mexico, he also contributed articles to national and Guanajuato newspapers. When his mentor, Clothier, was killed in an automobile accident in 1989, Fox strengthened his resolve to make a difference as a politician. In 1991, he returned to Guanajuato, where he staged an unsuccessful bid for governor; he ran again in 1995, this time successfully, winning 60% of the vote.

During his time as governor, Guanajuato's economy grew to become the fifth-largest among the Mexican states. In 1999, Fox took a leave of absence as governor to prepare for the 2000 presidential election. He became the PAN candidate for president in 2000; with Partido Verde Ecologista de Mexico (PVEM or Green Party), PAN formed the coalition Alliance For Change (PAN-PVEM).

In all the years since its founding, PAN had only won a small number of local elections in northern Mexico. Mexico had remained under the political leadership of the PRI. After the elections of 1997 when PRI lost its majority in the Chamber of Deputies, Mexican voters had renewed faith in the election process and PRI leaders began to seek ways to restore the party's dominant position. As a presidential candidate, Fox was not afraid to challenge PRI and its long history; he even raised issues considered taboo by traditional politicians, such as PRI's alleged connections to illegal drug trafficking.

Fox won 42.52% in the 2 July 2000 election considered by observers to rank the highest by all international standards of fairness and freedom of any election in Mexico's history. In the most peaceful political transition ever, Vicente Fox ended the PRI's 71 years of rule with a victory over PRI candidate and former interior minister Francisco Labastida (who won 36.10% of the vote); and Partido Revolucionario Democratico (PRD—Party of the Democratic Revolution) candidate Cuauhtémoc Cárdenas (who won 16.64%).