Anerood Jugnauth was born 29 March 1930. His family was of Hindu Indian origin and has been described as modest. His childhood education took place at the Palma Church of England School, Regent College, and Quatre Bornes. He 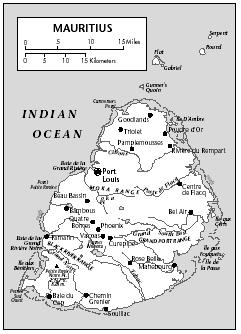 taught school briefly at New Eton College (1948), then worked as a civil servant starting in 1949. In 1951 he went to study law at Lincoln's Inn in London and passed the bar examination in 1954. Returning home to Mauritius in 1955, he opened a law office in Port-Louis, where he practiced for ten years. He entered politics in 1963 and was elected to Parliament for the Piton-Riviere du Rampart constituency. Government service has been his profession ever since.

Over his lengthy public service, Jugnauth has won many honors. He was knighted by Queen Elizabeth II of the United Kingdom in 1988 (making him Sir Anerood Jugnauth), and given the French Legion d'Honneur in 1990. Jugnauth has received several honorary doctorate degrees.

Jugnauth is married to Sarojni Balla. The couple has two children, Shalini and Pravind. The prime minister's personal interests include reading and football (soccer). He is fluent in Hindi, Bojpoori, Creole, French, and English.