Edward (Eddie) Fenech Adami was born in Birkirkara on 7 February 1934. He received his bachelor of arts degree in economics, philosophy, and classics at St. Aloysius College (Malta) in 1955. By the age of 24, he had graduated with a doctor of laws degree from the Royal University of Malta. After passing the bar in 1959, he entered legal practice with Ganado and Associates in Valletta. He edited a weekly publication entitled Il Poplu from 1962 until 1969. He and his wife, Mary Sciberras Fenech Adami, have five children.

Fenech Adami is known to be quiet-mannered and has a reputation for modesty and moderation. For example, during the events of "Black Monday" when Labor extremists terrorized the Nationalist Club and Fenech Adami's family in their own home, he reacted by holding a Nationalist Party 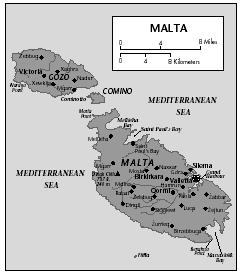 mass meeting where he told members not to retaliate violently.