Prince Hans Adam Pius was born on 14 February 1945, to Prince Franz Josef II and Princess Gina. Reflecting the Liechtenstein ruling family's Roman Catholic faith and connections, Pope Pius XII was named the boy's godfather. According to his father's wish that he be brought up in contact with his future subjects, Hans Adam attended public school and participated in a local boy scout troop in Vaduz before moving on to the Catholic Schotten Gymnasium in Vienna, Austria (1956–60). He completed his secondary education in Switzerland at Zuoz. After working in a London bank for a brief period, Hans Adam completed his education at St. Gallen University in Switzerland where he received a degree in economics in 1969.

Hans Adam spent many years in the management of his family's extensive fortune. Taking control in 1969, he reorganized the holdings of the Prince of Liechtenstein Foundation in 1970. The prince brought in professional managers to help oversee the foundation's growth. In 1981, Christian Norgen, a Swedish banker, was appointed executive head of the foundation and chairman of the Bank in Liechtenstein in an effort to internationalize the family's holdings. The bank has expanded rapidly in recent years and has opened branches or subsidiaries in several world financial centers: London, Zurich, New York, Frankfurt, Hong Kong, Buenos Aires, and Rio de Janeiro. 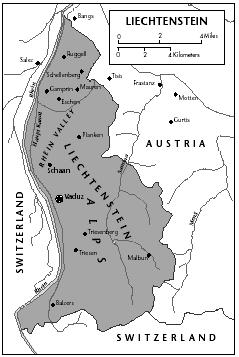