Charles McArthur Taylor was born in Liberia in 1948, the son of an American father and Liberian mother. Through his mother's side of the family, Taylor is Americo-Liberian. The family lived until recently in Clay-Ashland, a town just outside the capital. Taylor attended Bentley College in Waltham, Massachusetts, graduating with a bachelor's degree in economics in 1977. He then moved to nearby Boston where he worked as a mechanic.

Despite his Americo-Liberian lineage, Taylor's political sympathies have long been with the indigenous people of Liberia. During his college years, he organized other exiled Liberians to oppose the Tolbert government, which was dominated by the politically powerful descendants of the first American settlers. He was thrilled when Samuel Doe took power in a coup, despite the vicious nature of his regime. Taylor returned to Liberia shortly after Tolbert's assassination in 1980 and joined Doe's administration. He headed the General Services Agency, whose principal function was the allocation of funds to government ministries, and was appointed a personal advisor to the president.

Taylor remained in Liberia until 1983 when he fled to the United States amid allegations of corruption. The Liberian government charged that Taylor had embezzled US $900,000 from the government and they sought his extradition. A Boston court ruled that there was evidence to support the allegations, and Taylor was held in the Plymouth House of Corrections awaiting extradition to Liberia. In 1985, Taylor escaped from jail and fled to parts unknown, although there are some indications that he spent a large part of the next five years in Libya as the guest of Colonel Muammar al-Qadhafi. 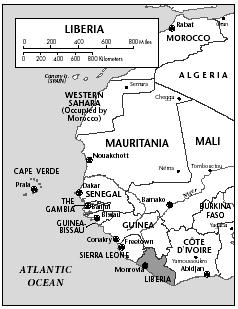