President Askar Akayev was born on 10 November 1944 in the village of Kyzyl-Bairak, Kemin district of Kyrgyzstan into a farming family. He graduated with honors from the Leningrad Fine Mechanics and Optics Institute in 1967, and continued his studies, earning a doctorate in science. Akayev started his career in 1961 working in mechanics, taking positions as senior laboratory researcher, engineer, senior lecturer, and professor, eventually becoming department chairman at the Frunze Polytechnical Institute (now Bishkek Technical University). In 1981 he joined the Communist Party. He speaks Kyrgyz and Russian.

Askar Akayev is the author of over 80 scientific works and articles, some of which have been included in textbooks used in institutions of higher learning. He was awarded the Prize of Lenin Komsomol of Kyrgyzstan for his mathematical study of problems in heat generation in computers. Askar Akayev is a member of the New York Academy of Sciences (1992), 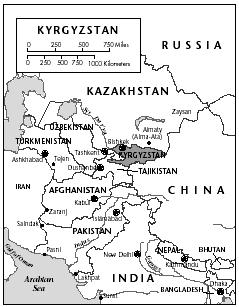 His wife Mairamkul is also a scientist. The couple has two daughters and two sons.