Jabir began his career as the head of public security at Ahmadi (the oil-producing region of Kuwait) from 1949 to 1959. He also represented the ruler in dealings with the oil companies. In 1959, he was appointed to head the finance department. Under his direction, budgetary controls were extended to all government departments, and the Kuwait Fund for Arab Economic Development was established. Jabir was also involved in negotiations, which led to the establishment of the Organization of Petroleum Exporting 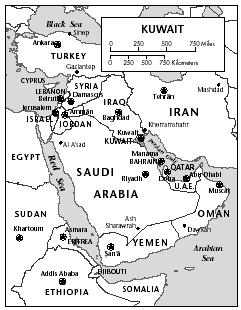 Countries (OPEC) in 1960. Even though he was not the foreign minister, he led the Kuwaiti delegation to the Arab League Council meeting in Cairo in 1961, and traveled to other Arab capitals to secure Arab support for Kuwaiti independence (declared in June 1961 and promulgated in November 1962) and assistance against Iraqi threats. In 1962, he became the minister for finance and economy when the finance department was upgraded to a ministry after independence. Jabir marked himself as a competent leader and administrator while he served as finance minister and was in charge of oil negotiations. He implemented the policies of Emir Abdullah to redistribute the oil income through a land compensation plan.

He was appointed deputy prime minister in January 1963 and prime minister in November 1965, on the accession of Sabah III as emir. When Emir Sabah al-Salim became stricken with ill health, Jabir exercised his powers as prime minister in running day-to-day government operations. On the death of Emir Sabah in 1977, Jabir became the new emir. The fact that Jabir is closely related to his mother's Salim side of the Sabah family and his father's Jabir side made him acceptable to both branches of the family.