In his acceptance speech for the MDP nomination, Roh stated he would unite the "reformist, democratic forces, which have been fractured due to regional rivalry." He campaigned on a 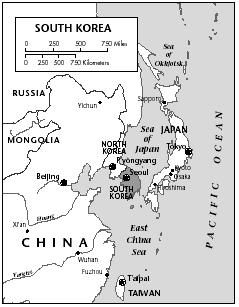 pledge to resolve labor conflicts and to heal the rift between South Korea's southwest and southeast regions. Roh also stated he intended to continue with Kim Dae Jung's "sunshine policy" toward North Korea. He has stated that North Korea's moves to develop nuclear weapons and export missiles can only be countered by dialogue. Roh's lack of experience in foreign affairs, however, has been criticized: his only Asian trip outside South Korea was to Japan—for yachting lessons—in 1982. Prior to becoming president he had never visited the United States. Roh softened a previously anti-American stance in his campaign; once calling for the withdrawal of the approximately 37,000 U.S. troops in South Korea, but subsequently stated they should remain. Upon becoming president, he indicated the need to have close cooperation with the United States.

In forming his cabinet, Roh placed reform-minded individuals in ministries for government administration, justice, and health and welfare, but reserved the economic and foreign policy positions for those who embodied "stability and expertise." His administration has been labeled as one encouraging "participatory democracy" where public participation would be a priority.