Kim Jong Il's rise to power is attributed to his lifetime association with his father. He has been carefully groomed for power over the past two decades. His rise to power was carefully orchestrated as he took on more responsibility. His father, Kim Il Sung, orchestrated a plan for the first dynastic succession in Communist history.

After graduating from Kim Il Sung University, Kim Jong Il found employment with the Department of Organization and Guidance of the Central Committee of the Korean Workers' Party as the section chief to the deputy director. He worked closely with the artistic and performing community and is credited with the production of films and stage plays. In 1970, he was promoted to the director of Culture and Arts and deputy director of the Department of Propaganda and Agitation. At the seventh plenum of the Fifth Central Committee in 1973 he was appointed secretary in charge of organization, propaganda, and agitation. At the conclusion of the Sixth Party Congress in October 1980, he held the following positions: member of the Presidium of the Political Bureau of the Central Committee, secretary of the Central Committee, and member of the Military Committee. It was at this Congress that he was designated heir.

Throughout the 1970s to the mid-1980s, Kim Jong Il increased his activities at home and abroad. In 1973, he initiated a Chinese-style Cultural Revolution. The Three Revolution Brigade, under his direction, led the purge of veteran party leaders and shake-up of the bureaucracy. He extolled his father's ideology of juche— persistent self-reliance. By being loyal to his father, he built up his own cult of personality. His pictures were hung in schools and sold in department stores and his birthday came to be publicly celebrated. From the fall of 1975, Kim Jong Il's role as the leader of the party was embodied in a mysterious term, party center . This term came to be used in conjunction with various pronouncements in the North Korean media to support his absolute authority and to obey unconditionally the directives of the great leader's successor.

Western sources have attributed the 1973 kidnapping of a South Korean movie director and his wife, the 1976 axe murder of two American soldiers at Panmunjom, the 1983 bombing attack on South Korean officials in Rangoon, and the 1987 downing of the Korean Airlines flight to Kim Jong 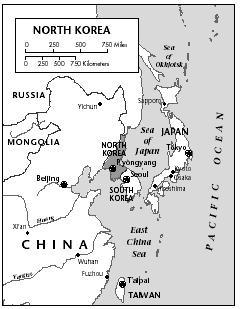 Il. The North Korean media, on the contrary, state that he is a great thinker and theoretician, skillful politician, benevolent teacher, and great leader of the century. As the senior Kim went into semi-retirement, Kim Jong Il made frequent tours of the country, encouraging citizens while he promoted his own cult of personality. While North Korean accounts of Kim Jong Il's rise to power are unlikely to be accurate, Western accounts of a master terrorist may not be wholly unbiased either.

How did Kim Sung Il, come into power in the first place?